Political Consensus On Trams In Bath

Hosted by Bath Trams and Wera Hobhouse MP, delegates presented to the conference on the feasibility of introducing a light rail network in to Bath, and how such systems work in other cities across Europe.

Trams have been floated as a potential long term solution to the city’s transport problems. Experienced proponents at the conference argued that trams are a green, non-polluting alternative to cars and buses.

There was a focus on statistics that indicate that more people switch from cars to trams as opposed to cars to buses, and as such are more effective in tackling congestion and pollution. Evidence also suggests that no city has solved it's congestion problems using buses alone; success stories like Vienna and Manchester use trams on busy transport corridors and buses on quieter ones.

Local politicians representing the Liberal Democrats, the Conservatives, Greens and Labour were in attendance, and were quizzed by the audience on their views on the subject. There was a general consensus that Bath should continue looking seriously at light rail, especially in light of the Atkins report that said there were four routes in the city where trams could be implemented.

Wera Hobhouse, Liberal Democrat MP for Bath said: “We need to do something about congestion and pollution in this city. We need to look beyond nitrogen dioxide levels; carbon dioxide from petrol vehicles is a significant contributor to climate change. Particulate matter from tyres, brake pads and road surfaces is also a far bigger health risk than people realise. Trams are interesting because they produce very little of these types of pollution.”

“We need an affordable, efficient and reliable public transport service in Bath and the surrounding areas. Trams are by no means an immediate solution, but they could be part of a sustainable transport network in our area, suitable for the 21st century.”

“Under the Conservatives, B&NES is looking at ambitious ways of addressing congestion within the city, considering every option on the table, listening to groups including Bath Trams and taking into account a study into trams by Atkins.”

Dave Andrews, chairman of Bath Trams, who organised the conference said: “I’m delighted at the reception that the conference received, and was impressed by the calibre and industry knowledge of the speakers.”

“I’m very encouraged by the political consensus that seems to be forming, this represents a step forward for trams in Bath.” 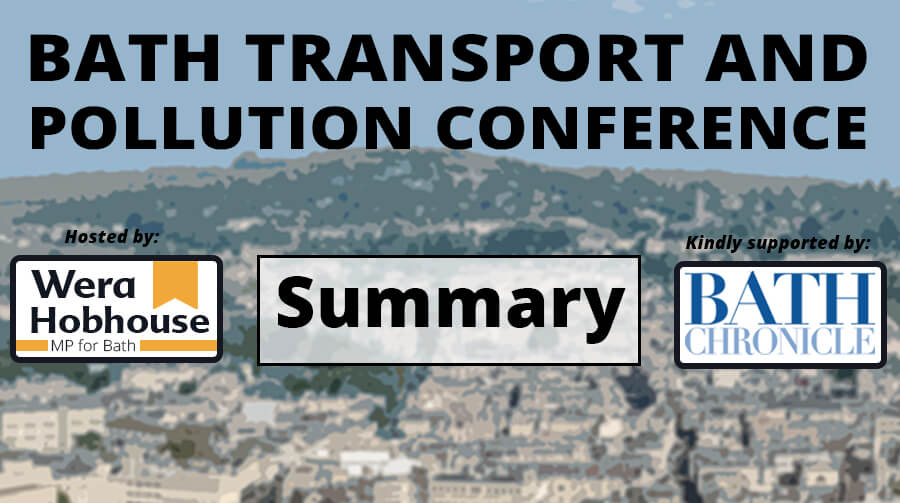