On the 9th of June, Wera Hobhouse MP for Bath held The Bath Transport and Pollution Conference. It was on opportunity for locals and experts to put forward their solutions to Bath’s transport woes. The hunger for action on these long-standing problems was palpable.

This process started in February, when Wera hosted The Bath Transport Briefing. Key organisations including the universities, the transport companies, and business/tourism groups presented their projections of the problems that Bath’s transport network will face over the coming decades. The audience was made up of residents, pressure groups and interested people with solutions to these problems.

The audience then went away, refined their ideas for the city, and presented them at the Transport and Pollution Conference on 9th June. They were joined by leading experts to speak in a forum that addressed the diverse nature of the problem, and the wide and exciting variety of solutions at hand.

The conference took place at the community-owned venue Komedia on Westgate Street with 200 people in attendance. 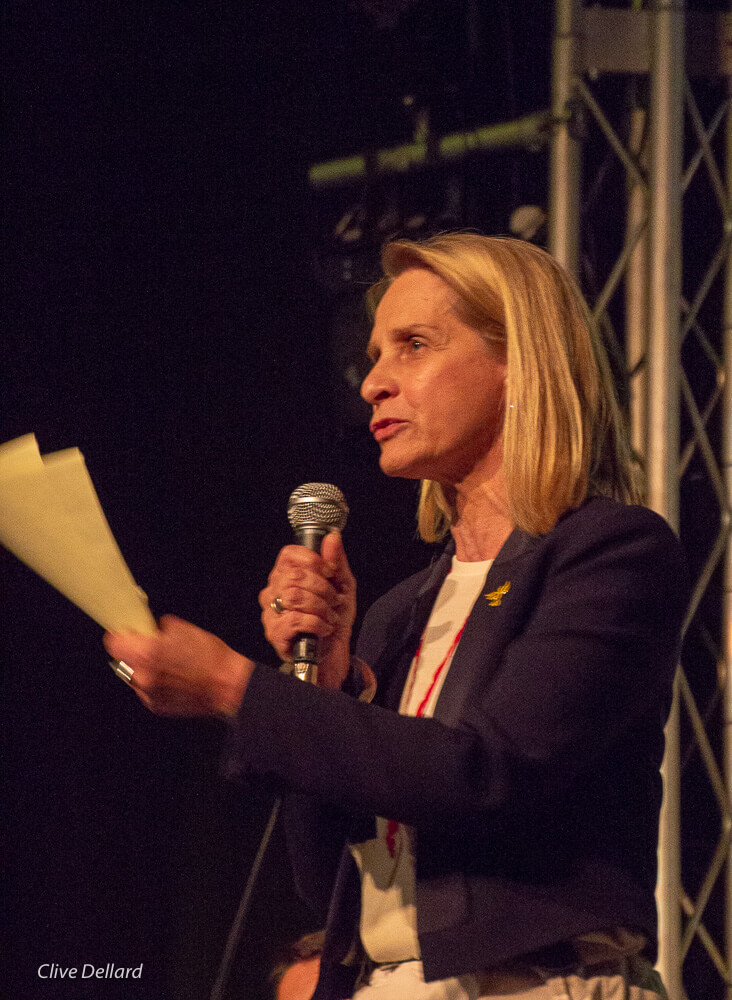 Wera Hobhouse MP chaired the first session of the morning with presentations from keynote speakers Rosie Rogers of Greenpeace and Dr Ian Walker from the University of Bath.

Rosie passionately spoke about the hugely damaging effects that air pollution has on the body. We are in a public health crisis. She advocated clean air zones, banning diesel vehicles and better public transport and cycling infrastructures both in Bath and nationwide. Rosie questioned why the air pollution crisis is not given as much attention as other issues such as the plastic crisis, citing its invisible nature as the reason it’s consistently overlooked. The problem about less well off people not being able to afford to switch to more environmentally friendly cars was posed with a promise from Greenpeace to continue to investigate this pressing issue.

It was an excellent and informative start to a very interesting and thought-provoking day. 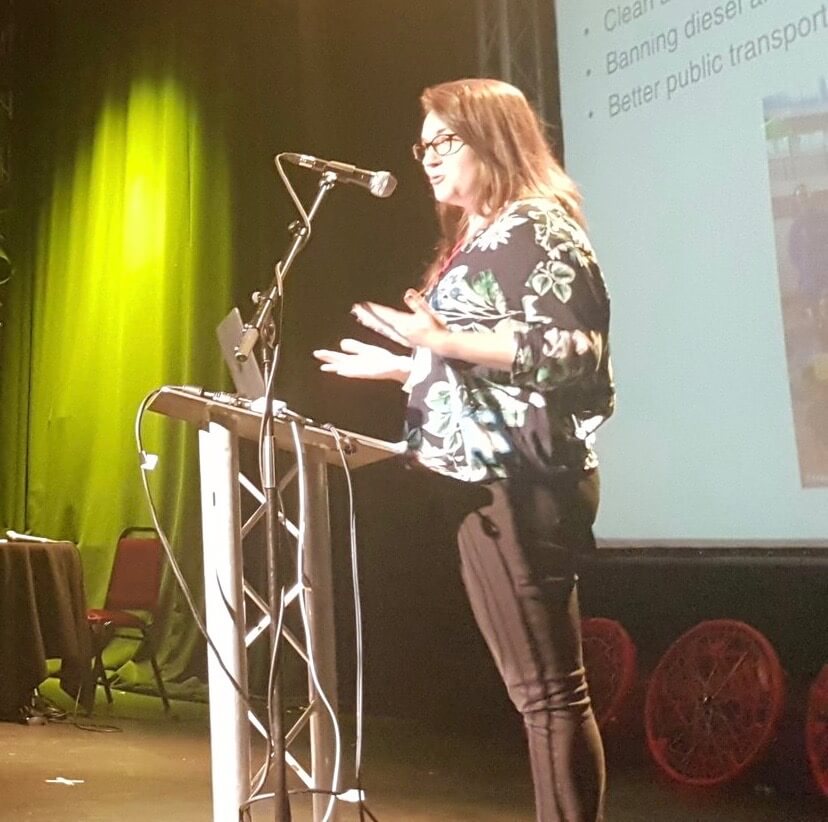 Dr Ian Walker shared his insights into the psychology of car use in a highly engaging and well-presented talk. He focused on three key themes: people don’t necessarily know why they drive; none of us can view this issue objectively; and lastly stating that the burden of proof is on those who advocate business as usual - not on those of us who demand change. In a captivating presentation, he addressed the mentality behind the use of the cars and its ingrained role in our society, and how we can make steps to integrate new patterns of behaviour and eradicate our dependence on cars.

Dr Ian's talk can be found at: https://www.werahobhouse.co.uk/transport_and_pollution

Q&A sessions followed each talk with members of the audience given a forum to ask questions, and to invite them into the debate about their city. For example, the issue of curtailing car advertisements was raised, similar to that of the tobacco industry, as a way of starting to change people’s behaviour.

Mark Shellford took us through the challenges faced by the Council and his ideas for how the city should be trying to cut the carbon emissions of road vehicles by working with WECA and increasing pedestrianisation. He stressed that there is no silver bullet and that any change will take time to implement.

Adam Reynolds presented ideas for taking more cars off the roads, re-establishing a culture where children walk or cycle to school, thus decreasing early morning and mid-afternoon traffic on the roads. 5,000 children are driven to school each day in Bath. Creating a network of cycle paths along Scholar’s Ridge would making cycling safe and accessible to thousands of school children.

Professor Graham Parkhurst presented the pros and cons of electric vehicles and the idea of potentially integrated transport corridors within the city before examining buses and how our use of them can be improved. Graham also advocated the use Link and Ride schemes. 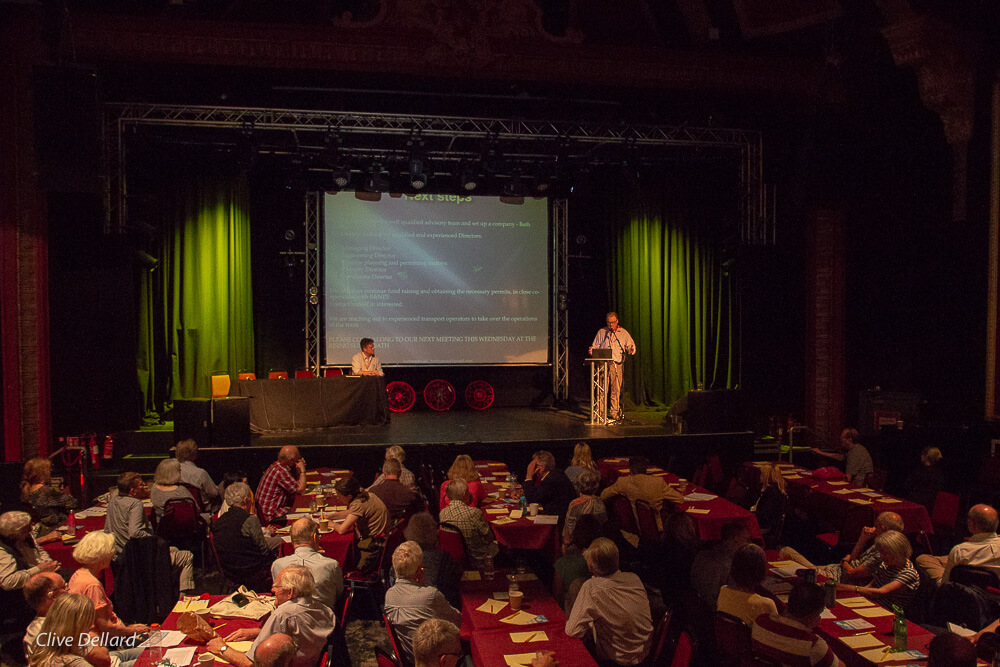 David Andrews stated “Trams are part of our heritage; traffic jams are not,” and proposed a tram network that would remove cars from our city centre with proposals for further networks between Bath and nearby cities such as Chippenham and Bristol. These networks would be laid out on main roads, thus providing traffic restraint in and out of Bath, conquering traffic woes within and outside the city while drastically reducing air pollution.

All four speakers added refreshing solutions to issues which affect everyone in this city and addressed problems requiring urgent action.

The lunch interval featured a video on how the city of Zurich has successfully addressed its transport problems with a comprehensive tram network. It concluded with Widcombe Junior School Year 5 pupil Beth Sykes reading an open letter to the Council asking for the clean air zone to be extended to include her school. Wera visited the school in April to initiate a classroom project the pupils named ‘Pollution Solution’. The topic inspired the youngsters march to the Guildhall to submit a plea for cleaner air in the city. Beth told us about her younger brother who suffers from asthma and about how she feels their walk to school along a heavily congested road could be a contributing factor to his breathing difficulties. She asked that the clean air zone be extended to cover her school, so that the 420 pupils at Widcombe Junior School could be protected from breathing dirty air to, from and whilst at school. Well done, Beth! 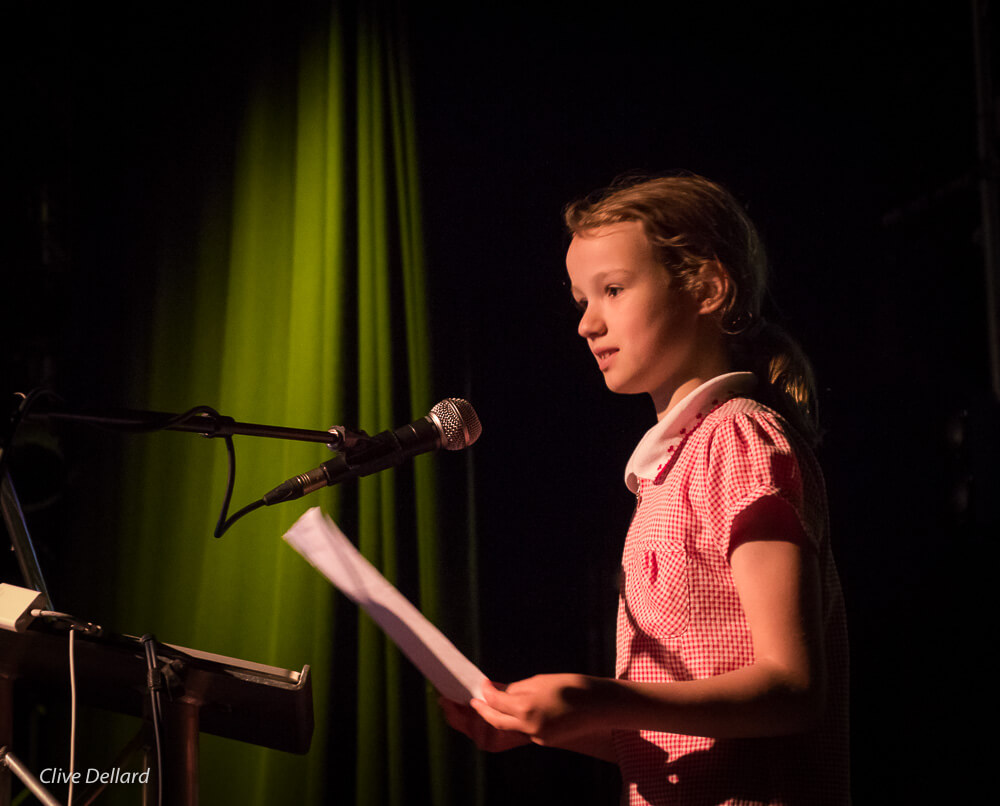 Lucy Simon spoke about how increased pedestrianisation could lead to a reduced visitor presence in our city centre, which could present a risk to the local economy while also having an impact on air pollution levels.

Francis King proposed improving infrastructure for walking, cycling and buses with a clear focus on improving efficiency. He advocated a congestion charge making the idea of driving a car into Bath less attractive, encouraging people to make more use of public services.

Caroline Kay spoke about the need for investment in current Park and Ride services to improve efficiency and make them relevant to commuters. She also proposed a grant or loan-to-buy scheme for bicycles, especially electric, to promote biking in and around the city. She stressed that electric bicycle prices must be competitive or they would fail as an alternative mode of transport. Caroline suggested that a longer term solution would be to improve the A350 which would be seen as a solution to the east of Bath, leading to a ban of HGVs on Cleveland Bridge, reducing air pollution on one of Bath’s main arteries. 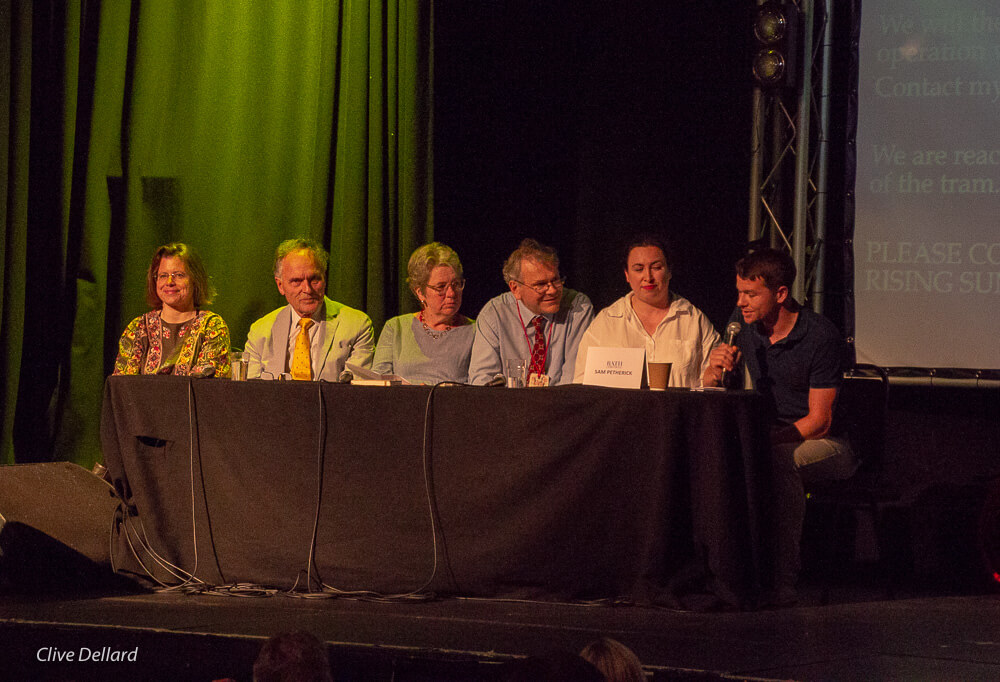 Robin Kerr of FOBRA wants to rebalance the movement hierarchy, giving priority to pedestrians, cyclists and public transport over cars. He said ‘Cars don’t shop, people do’. Robin called for a parking strategy that would reduce the amount of off-street parking spaces within the city centre, whilst also supporting a new Park and Ride to the east of Bath.

Joanna Wright called for action as she stressed her view that as a pedestrian in Bath, she feels like a second class citizen. She went on to say that “Breathing is required, driving is optional.” She questioned the lack of accommodation at the University of Bath, citing that if only 18.5% of its students live on campus then traffic, congestion and air pollution all rise as a consequence.

The Transport and Pollution Conference gave stakeholder groups the opportunity to share their perspectives and proposals. The appetite for brave and bold solutions was clear, as was recognition that a variety of short and long term solutions will be needed to reduce air pollution and improve transport in our city.

Wera said “The day was a triumph for the people of Bath, who seized the opportunity to engage with each other on such an important local issue. It was encouraging to listen to proposals from so many people. Now we need to collectively take these forward. Whoever is running the council next year will have no choice but to take this issue very seriously indeed and act upon the electorate’s concerns. We urgently need to implement clear, workable strategies to ensure that Bath is a healthy and beautiful city for all those who live and work here.”

To have a look at the slides for all of the presentations, use the following link: https://www.werahobhouse.co.uk/transport_and_pollution