On Friday afternoon, Wera Hobhouse MP trialed a novel way of holding her surgeries. As Wera described it, she held a “Street Surgery” on Twerton High street, setting up a stall and talking residents as they passed.

“I had been thinking about doing this for a while, and a slot in my diary cleared up, so I took the opportunity! It was great talking to people about their concerns, some of whom had seen that I was going to be there on social media, but most of whom just stopped to chat.” 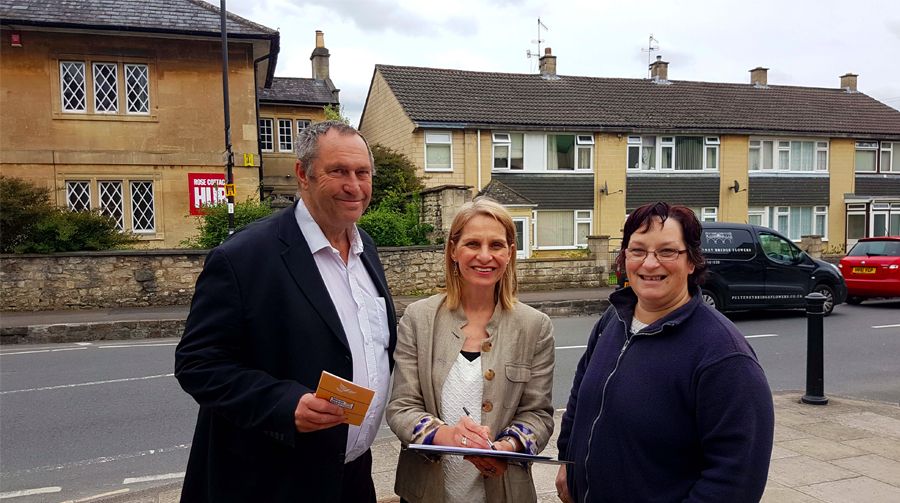 Wera was joined by Liberal Democrat Councillor Tim Ball, who has represented Twerton for 27 years, and local campaigner Sarah Moore.

“The thing that people are most concerned about in Twerton seems to be the redevelopment of Twerton Park.”

Bath City Football club, along with private investment company Greenacre Captial, have announced plans to redevelop Twerton Park with an aim to secure the club’s financial future. The development, which is at early consultation stages and hasn’t gone to planning yet, could see the car park on the ground developed in to a mix of affordable housing and student accommodation. The aim is to use funds from these to improve the facilities and stands at the ground. 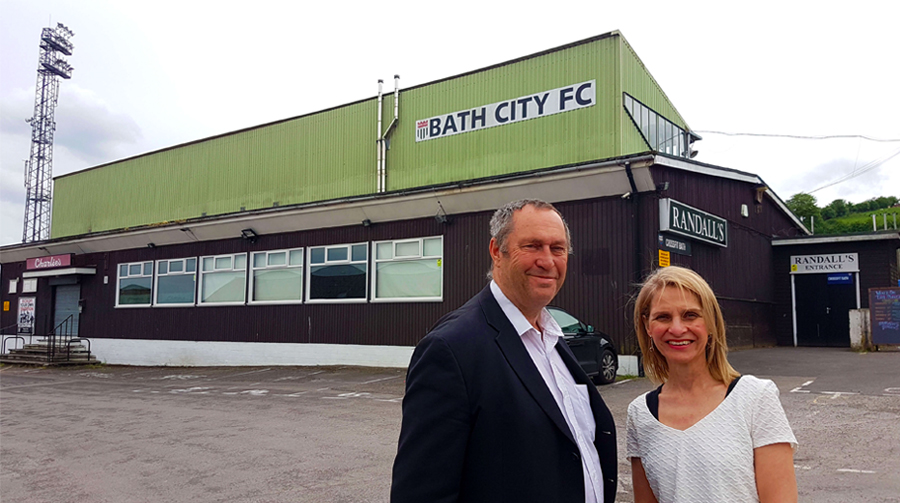 “This project will only succeed if the community are behind it, and so the developers need to make sure they listen to the consultation and make changes appropriately.” 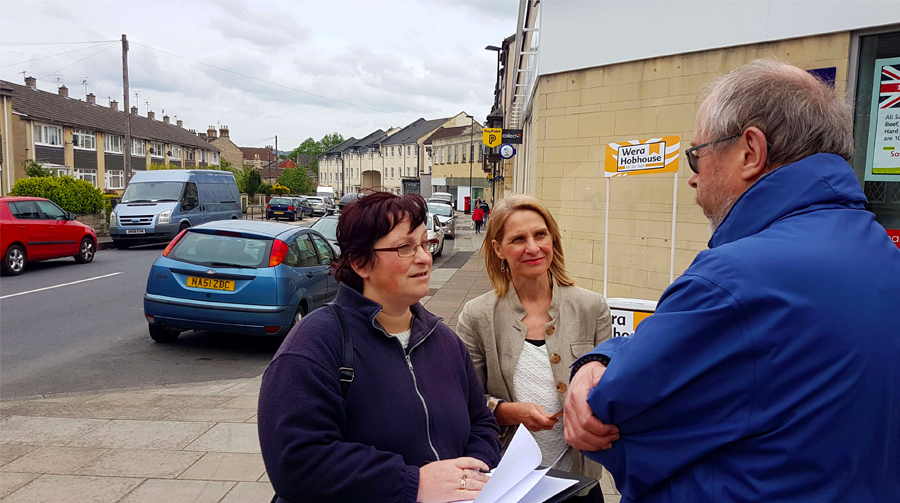 Wera is going to hold a number of street surgeries in different areas of Bath over the summer, and will be announcing them on her website and over her social media channels. Her next one is taking place on Thursday 24th at 1Pm until 3PM in Saw Close.

Other surgeries are regularly held in Wera’s office at 26 Charles Street, and appointments can be made by contacting Wera’s office on 01225 307024, or e-mailing [email protected].