The team have been crowned southern champions for their valuable work in Bath...

Wera Hobhouse MP has expressed her delight that a local HomeFirst from the Royal United Hospital has been named regional champion in a prestigious competition to mark the NHS’s 70th birthday.

The NHS70 Parliamentary Awards, sponsored by IBM and Teva, recognise the massive contribution made by the individuals who work in and alongside the NHS.

Launched in February, it asked MPs to find and nominate those individuals or teams they thought have made the biggest improvements to health services in their constituencies across ten categories.

Home First were nominated for the The Excellence in Urgent and Emergency Care Award by Wera, with the MP citing how vital the team are vital for Bath. The HomeFirst team aim to minimise hospital stay and get patients directly home from the RUH. They are now developing a trailblazing HomeFirst pathway for a further 600 patients with delirium.

Having been named champions by senior regional NHS experts, they will now vie with other regional winners from across England for the national award, to be presented at a special ceremony in the Palace of Westminster in July.

"We all know how significant the pressures that have been faced by the RUH this winter, and HomeFirst’s contribution in getting more patients home and free up hospital beds is commendable." 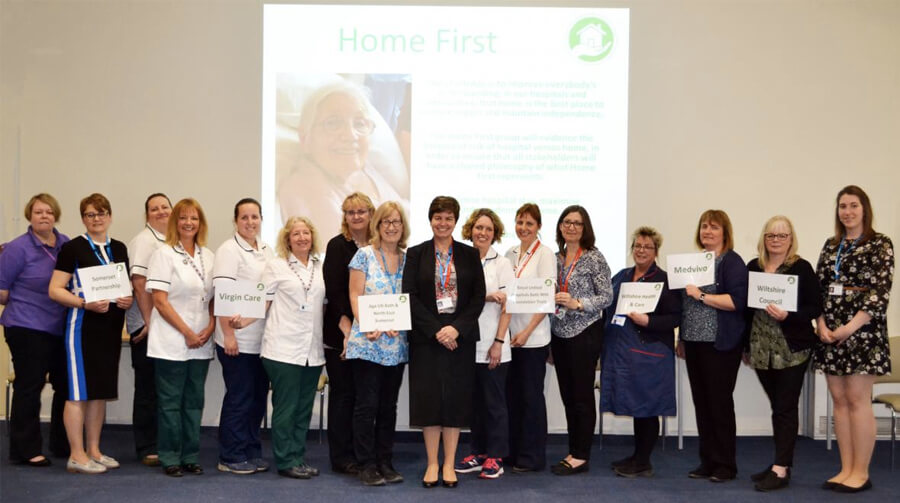 From more than 750 entries, senior experts in each region have chosen ten outstanding nominations, which exemplify the best of what the NHS and its partners do day in, day out.

All of the champions will be invited to the national awards ceremony, which will be held on July 4th, the day before the NHS’s 70th birthday.

The ceremony will be hosted by Dr Sara Kayat, NHS GP & TV Doctor best known for This Morning, Celebrity Island with Bear Grylls and GPs: Behind Closed Doors.

The regional champions will now go forward to a final round of judging by a panel including the leaders of Royal Colleges, the Unison trade union, and the Patients Association – collectively representing millions of health and care workers and patients.