The Lib Dems have adopted a new strategy to tackle the housing crisis...and it involves more social housing.

Conference voted through the motion that would give local authorities more tools to build new social homes. Full speech as follows:

"Good morning conference! It’s a great pleasure to be here and to see you all here this morning. The guys who put together the conference programme must have known that I am an early riser- NOT- especially on a Saturday!

But there are a few things that get me out of bed and so it seems many of you here as well, and that is the appalling state of housing in our country. It is correctly called a crisis. We can no longer ignore it and we must do something about it.

The crisis is particularly acute for young people. The government keeps talking about a country of home owners - what country are they living in? Home ownership for the 25 - 40 year olds has fallen to 20 percent.

For a vast number of people the dream of home ownership will never be achievable.

The only alternative is private renting as the only way to get a roof over your head. And for those who can’t afford the rising cost of private rents, homelessness is only one step away. Statistics show that the number one reason for homelessness now is the end of a private sector tenancy.

The crisis directly affects children too. 128,000 children this Christmas were living in temporary accommodation because councils do not have the social homes we need to give them a home.

And here is the root of the problem: the dramatic shortfall of social housing. All parties agree now that we should build around 300,000 new homes each year, but unless a large proportion of that number are social houses - we will not address the housing crisis for those for whom it is a human crisis.

In parliament, government ministers don’t mention social housing. Right to Buy is draining away the social housing stock. The trend has being going on for decades. During 13 years of Labour, 330,000 social homes were lost. Under the coalition government, that trend was paused. But since 2015, left to their own devices, the Tory government has allowed the number of council homes in Britain to fall to a record low.

And no wonder: the financial shortfall created by selling council homes at a large discount means that unless the government provided large subsidies to social housing providers new social homes simply do not see the light of day. In 2016/17 12,600 homes were sold under right to buy, while only just under 5,000 new social homes were built in the same period of time. A home that sells in the private sector for £350,000 needs about £200,000 public subsidy for it to become a home for social rent – that is according to the largest Housing Association in my Bath constituency.

Instead of public sector subsidises and allowing councils to borrow again, the Tories subsidise first time buyers. This keeps house prices high and the profit goes straight into the pockets of private house builders.

We have learnt the hard way that the private sector will not build the social and affordable homes we need.

Only last week Andrew Whitaker from the Home Builders’ Federation said on Radio 4 that the core function of the private house builders is to make a profit. Surprise, surprise!

This current Tory government tries to solve every problem through private business and private ownership. And by doing so they are destroying the Welfare State.

The Welfare State was crafted by a Liberal - Beveridge.

Conference, we cannot ignore what the Conservatives are doing to the Welfare State.

They are, slice by slice, policy by policy, destroying Beveridge’s and our Liberal Democrat vision for a country that supports those most in need, and gives them a chance to flourish. Social housing is one of the foundations of the Welfare State.

Right to Buy would be great if the state built new social homes to replace the ones that have been sold. But the Conservatives don’t. They never will.

We Liberal Democrats believe in the public good of social housing. The lives of each and every one of us is enhanced by a secure home to live in. It is a place to come back to each day, to relax, to eat, to sleep. A place to keep your things. It is a place to share with others, a place to be yourself. It is a safe space, and it is the state that provides, where necessary, that secure environment.

This is what we Liberal Democrats mean when we say a house is a home, not a financial asset.

We must campaign for social and affordable housing at all levels. But most effectively we will do this at local level.

Challenge developers, challenge the local authority, challenge the other parties on your council about the number of social and affordable homes actually built in each development.

Let’s build the right houses for our communities. 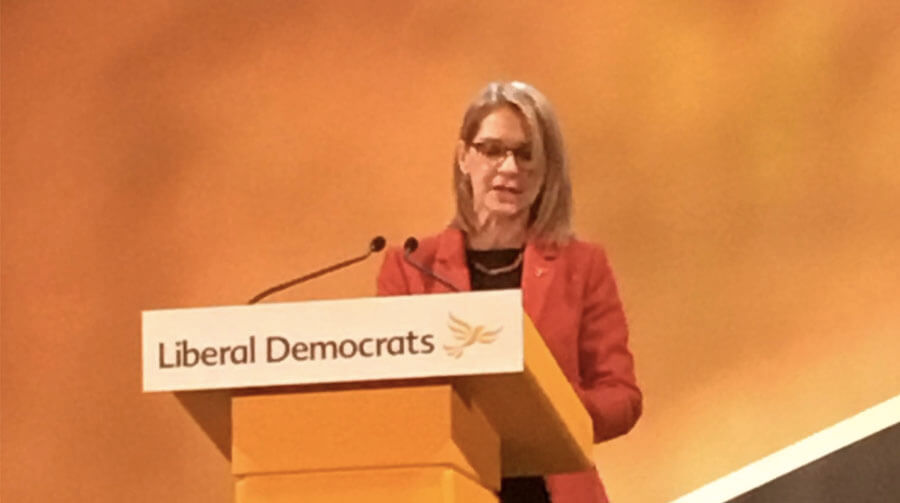