A large group, including Bath’s MP Wera Hobhouse, gathered in Abbey courtyard with placards, flags and banners, and listened to speeches made by local politicians, teachers and campaigners.

The problem they argue, is that schools in this country are under threat. Nationwide, 9 in 10 schools face billions in real-terms funding cuts.

In Bath & NE Somerset alone, schools are set to lose over £1.5 million when compared to funding levels with 2015/16. In some schools, these cuts are already having an impact. They mean less subject choice, bigger classes, and growing pupil numbers with fewer teachers and teaching assistance to support them. 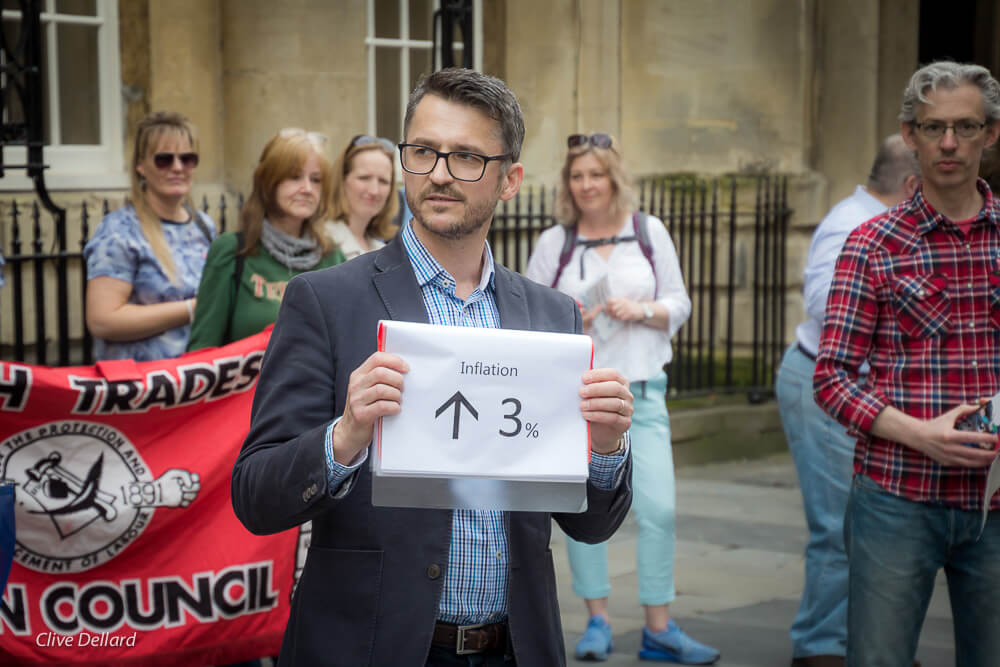 The aim of the protest, which was part of a national day of action, was to send an urgent message to politicians about what’s happening to schools in Bath & NE Somerset, urging them to take action to resolve this funding crisis.

The government’s own figures show that class sizes are up in 73% of local authorities in England, and secondary schools have had to let go an average of 5.5 members of staff over the last two years.

To stave off a wave of redundancies and cuts to provision, schools need funding now. 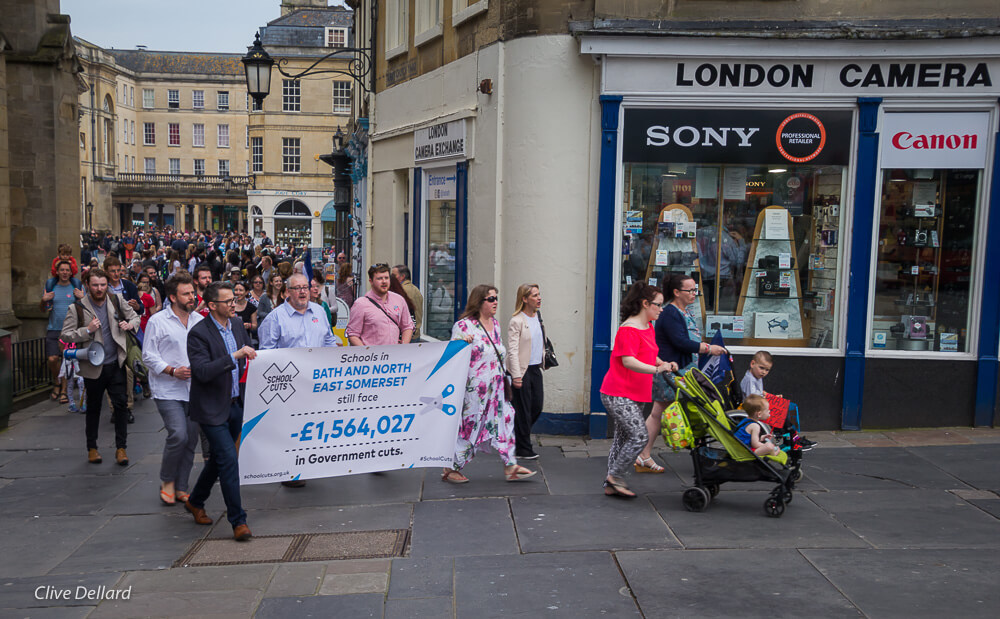 “It’s not a pleasure to be here, because I wouldn’t have to be if the government wasn’t cutting school budgets. I am really pleased that people are standing up, and realising how critical this issue is. We all need to protest together; parents, teachers, head teachers, politicians, then we can finally say to government, we are on the same page….It becomes more and more impossible to teach effectively and learn effectively if the funding is not there. The formula that the government is proposing is an unfair formula. The government is saying the funding is there, yet when we have all of those in the teaching profession saying the money isn’t there, I know they aren’t lying. The government not telling the truth. It’s us who have to stand up and fight." 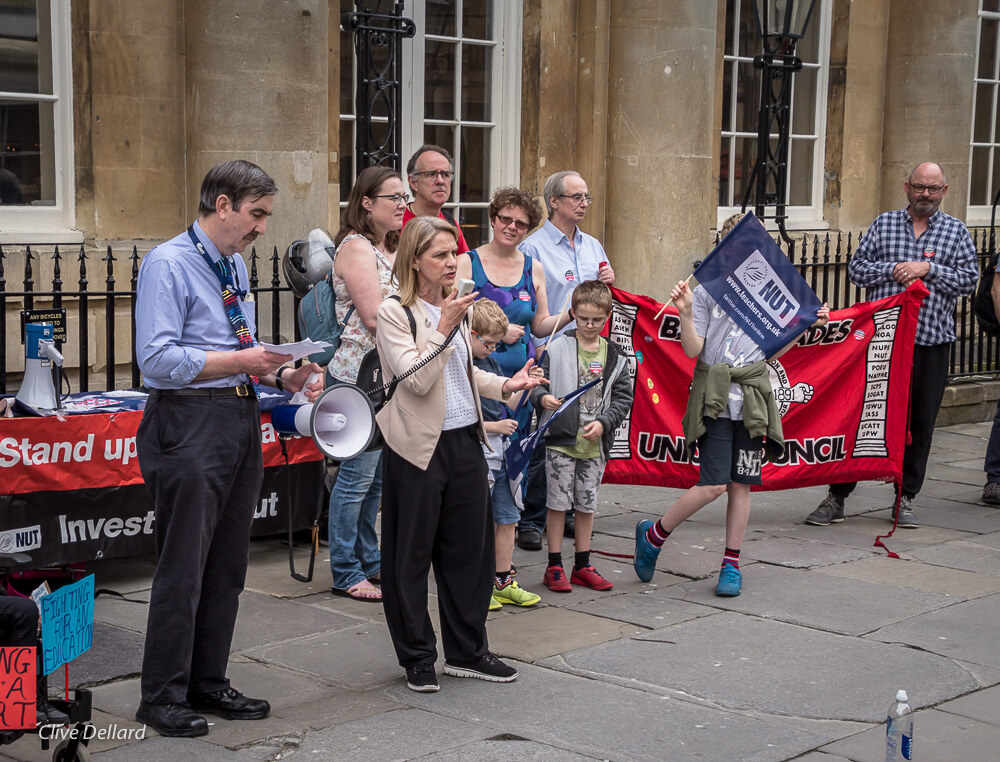 “The government can’t keep on demanding more from schools and giving them less to do it. Just as with any elastic band, if you keep stretching it, it will snap. School budgets are now at breaking point. School leaders and their staff will do everything possible to shield children and their families from these cuts, but they have a right to know of the negative impact the government’s funding proposals are now having in every school in our area.”

“These cuts also have to be seen in the context of the disintegration of Local Authority support services to schools as Government has cut their funding by virtually 50 per cent since 2010. The real shame and saddest consequence of all is that the most vulnerable pupils are suffering the most. It is they who depend on capacity in schools for additional help and all the ‘wrap around services’ that have been lost from the Local Authority.  Our children are the country’s future and the government should not be so reckless as to gamble with something so important.”

“The children in the education system today are the generation that will ensure the United Kingdom is a success in a post-Brexit world. To fail to provide them with the education and support they need will short-change the nation in the long term.

A recent nationwide survey of 600 school leaders found that 71% are expecting to have to set a deficit budget in the next financial year. These school leaders reported that they have already made significant budget savings to balance next year’s budget: 80% had made cuts to teaching assistant roles; 37% had cut teaching roles; 63% had cut the school maintenance budget and 84% had cut funding for school equipment.”