More than 100,000 people flooded the streets of London to demand a final say on the deal...

Bath for Europe did itself very proud by turning out in force at the People’s Vote March in London on Saturday 23rd June.

Over 200 people from Bath and the surrounding areas, including one of the group’s founding members, MP Wera Hobhouse, converged on the capital along with many others from around the country and the EU. The protest was peaceful but emphatic: marchers demanded a People’s Vote on the final Brexit deal. The event organisers were expecting 100,000 marchers; Metropolitan Police officers on the ground indicated there may have been up to 500,000 people participating. 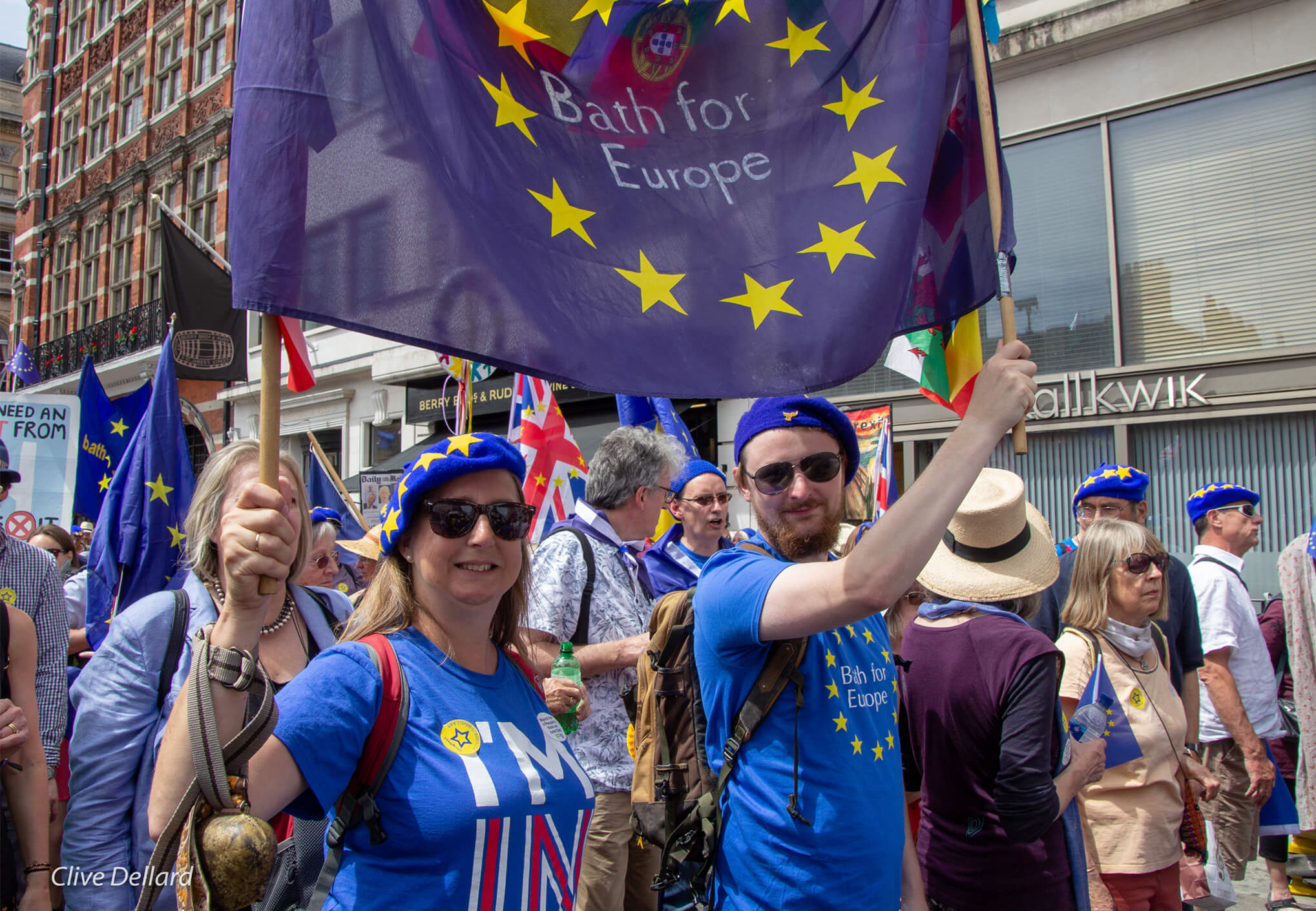 The People’s Vote campaign is a cross-party initiative demanding that the public have their say on the final Brexit deal that the government brings back from Brussels. Polls released last week indicate that 48% of the public support the idea of a people’s vote, compared to 25% who don’t. The Survation poll also demonstrates that one in three people who voted Leave support the idea. The Lib Dems are the only major party seeking an “Exit from Brexit”. 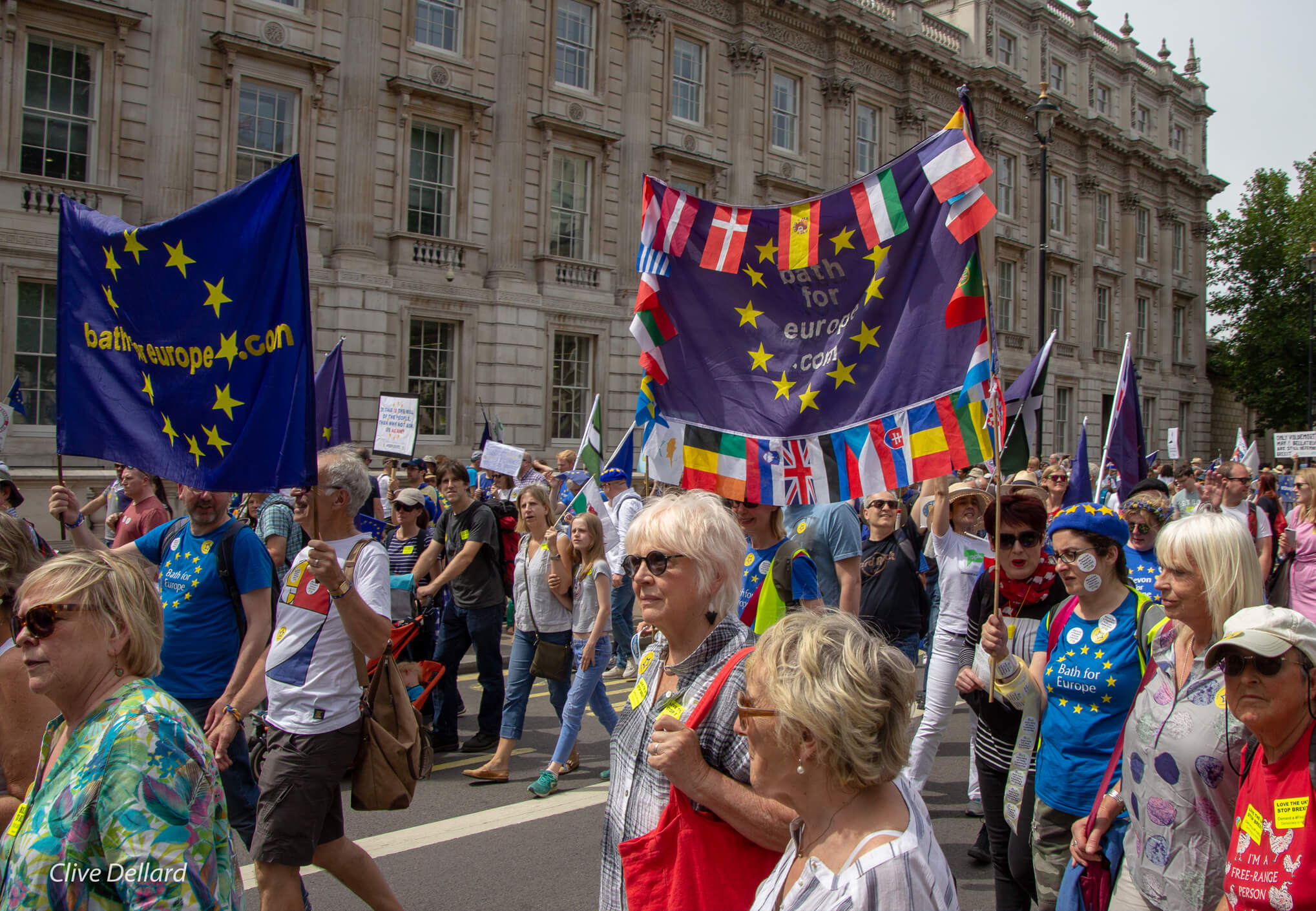 Four coaches left Bath at 8:30 am from Bog Island, carrying protesters of all ages, from school children to seniors, with their iconic Bath Berets, EU flags and a Boris Johnson impersonator. For some, this was their very first protest march. The mood was positive and exhilarating. From Pall Mall, the marchers proceeded down Whitehall and past Downing Street to Parliament Square where a rally was held. The crowd heard rousing speeches from Caroline Lucas, David Lammy, Vince Cable, Anna Soubry alongside prominent and grassroots activists including Gina Miller. 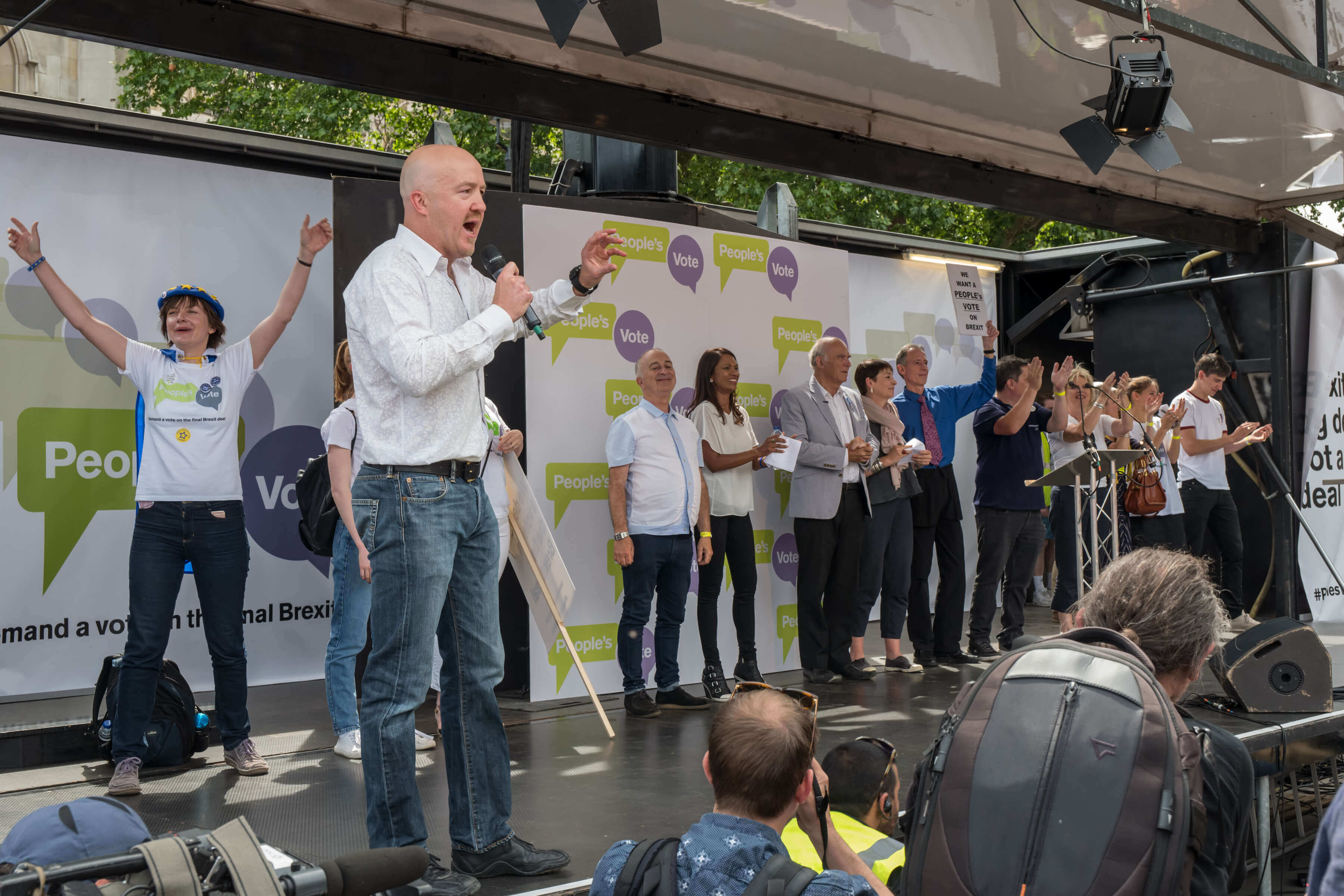 Claire Thomas, Chair of Bath for Europe, who appeared on stage at the rally said: “It’s been a fantastic day and amazing to see so many people gathered to support this campaign. The recent warning from Airbus, where on a local level, 3,000 jobs at Filton are at risk, is just one example of the negative impact of Brexit. People are understandably worried and want to have the final say on their future.” 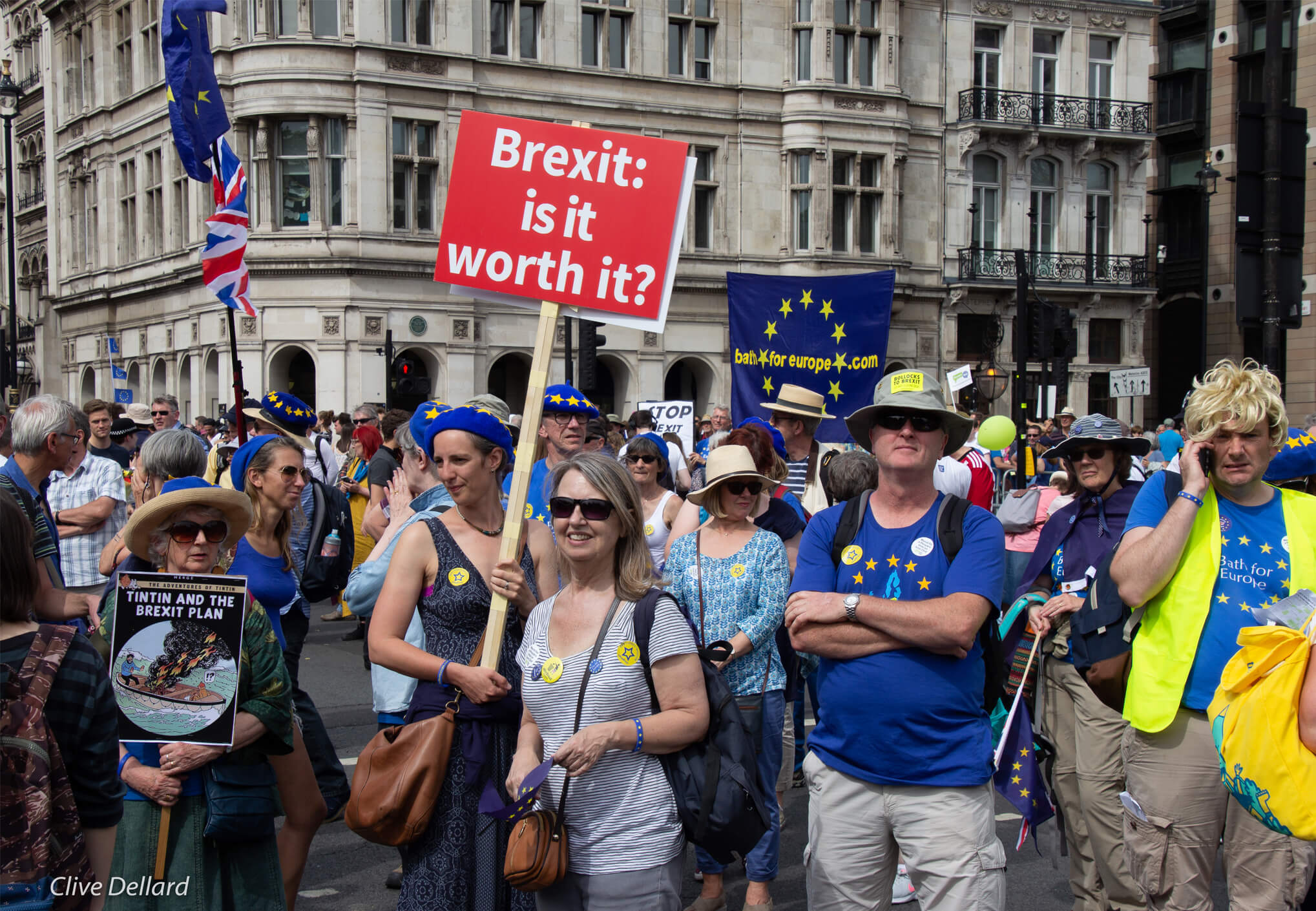 Wera Hobhouse MP, one of Bath for Europe’s founding members, was proud to march with many of her constituents. “It was a tremendously uplifting day for all of us who are determined to keep the UK at the heart of the European Union,” she said. “More and more people are recognising that Brexit would damage our economy, our society and our country. I support the People’s Vote because the people must finish what the people started.” The march made UK and international news as the largest pro-European gathering to date. 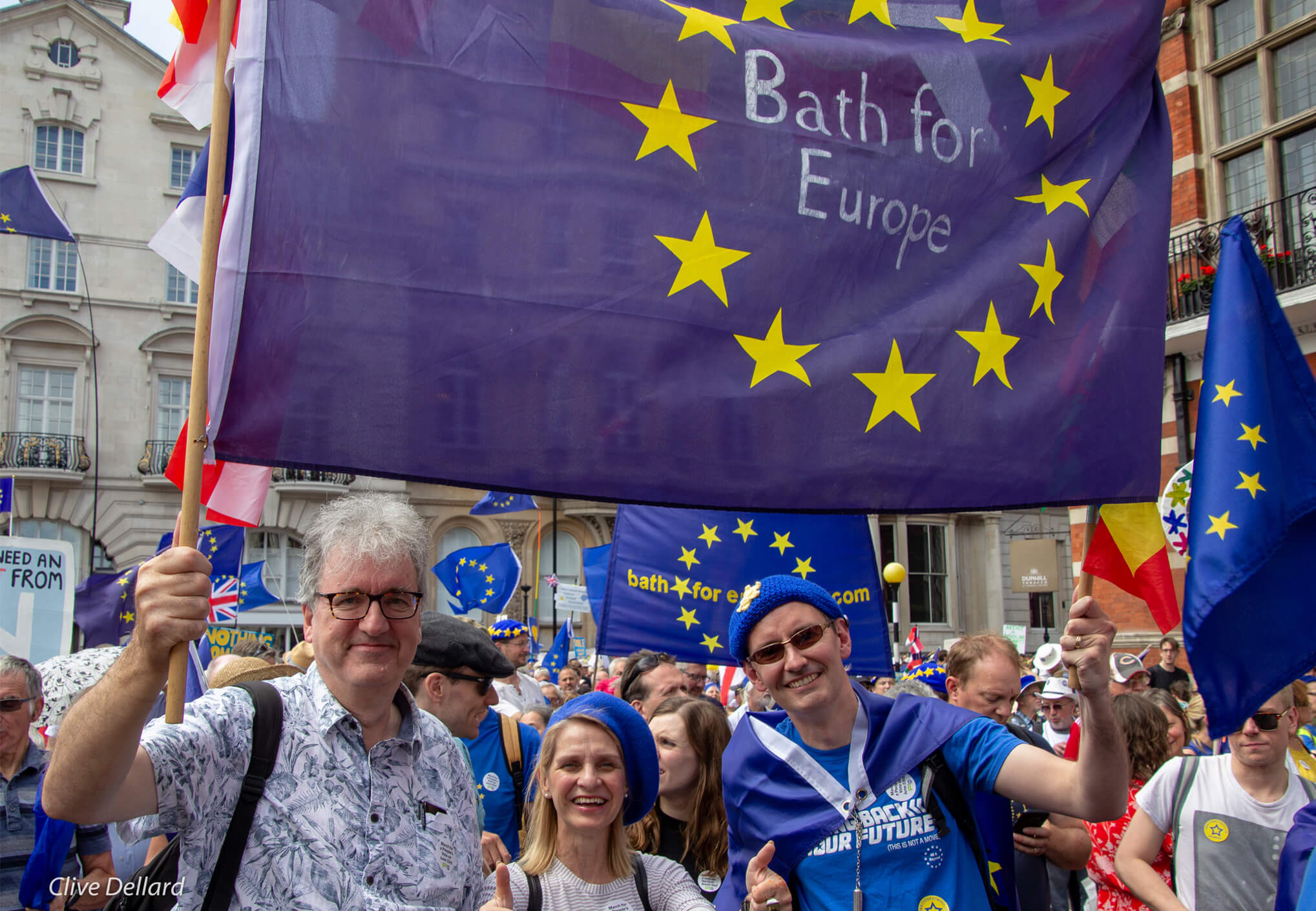