Parents' Meeting To Highlight The Impact Of School Funding Cuts

The event is free, and open to all parents...

Wera Hobhouse is speaking at an event to hammer home the impact of cuts on schools in Bath...

The meeting is being organised by National Association of Headteachers, and the National Education Union, both of whom have taken strong stances against the Government's assault on school budgets.

Three out of four schools in Bath are losing funding under the government's so called 'fair funding formula', meaning headteachers in the area are facing incredibly difficult decisions.

Some schools are losing support staff, and others may have to increase class sizes.

It's free and open to all parents. Anyone wishing to attend is kindly asked to send an email to [email protected] 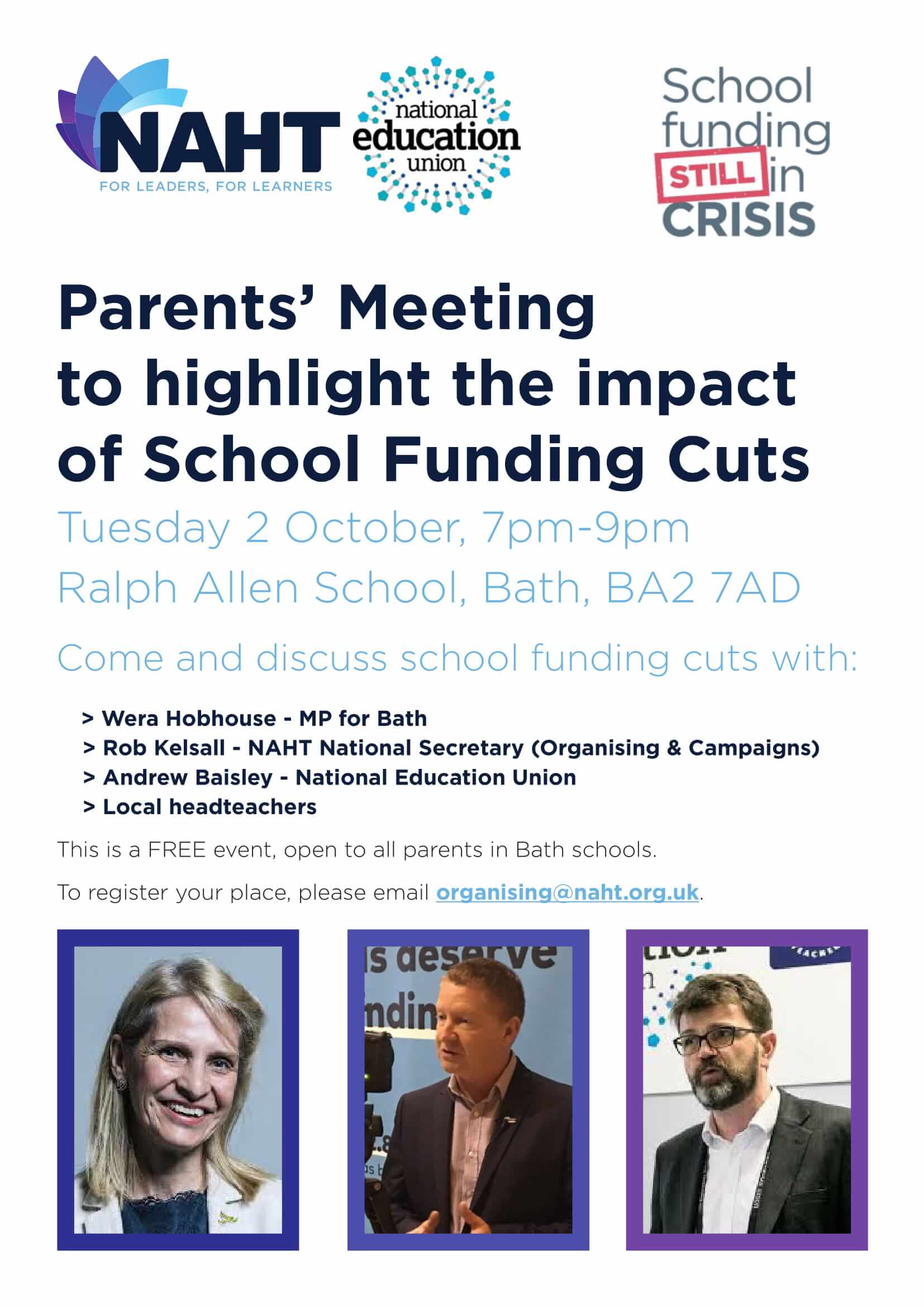 If you want to know more about school cuts in North East Somerset, the following sister meeting is taking place in Midsomer Norton: 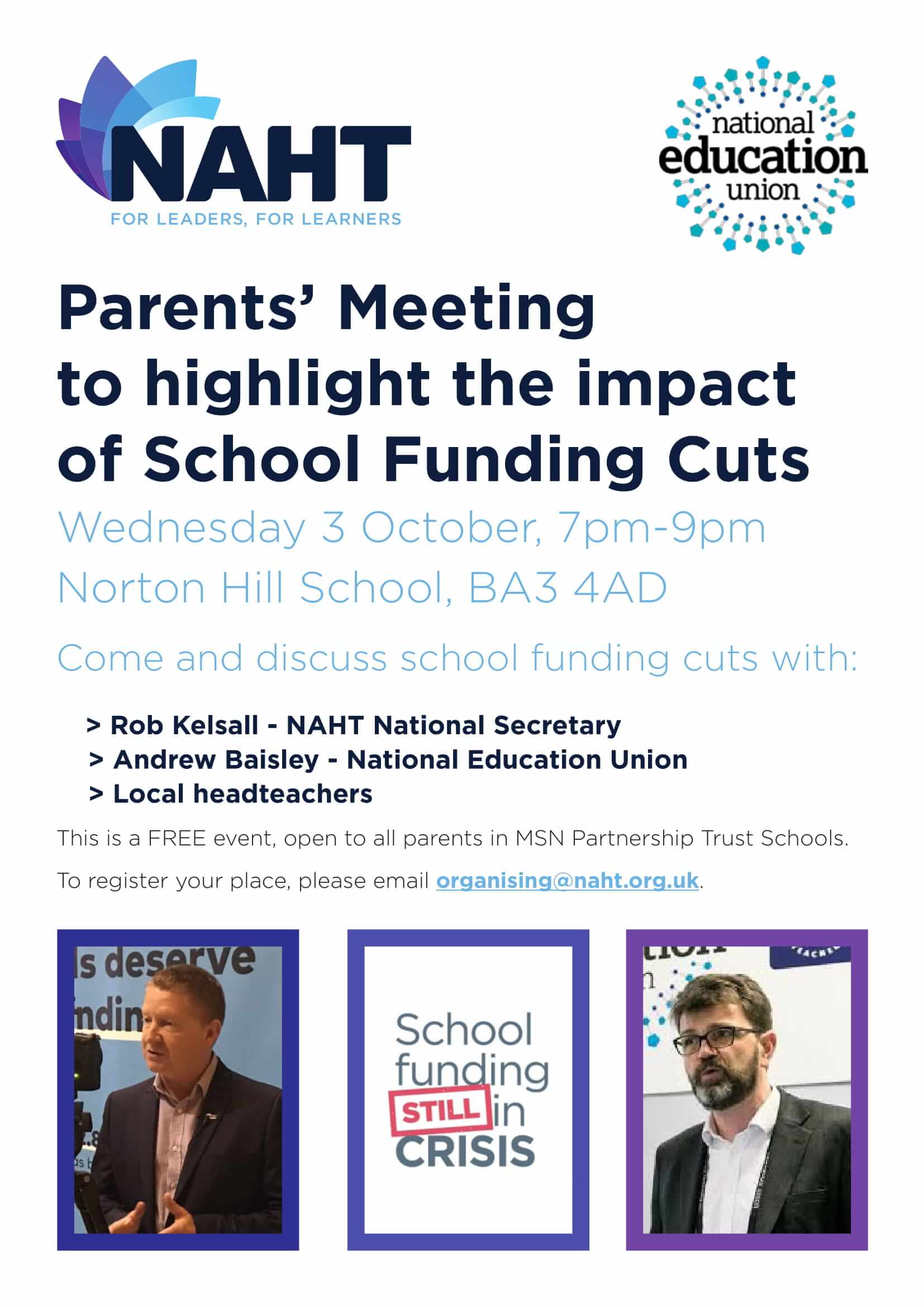