Group of MPs call for action...

The government must take serious action on eating disorders, a call backed by a group of MPs who have sent a letter to the Department of Health.

Hope Virgo started the #DumpTheScales campaign in response to being told that she wasn’t thin enough to receive treatment for anorexia. Her petition has more than 70,000 signatures, which she delivered it to 10 Downing Street in April, alongside Bath’s Liberal Democrat MP Wera Hobhouse. 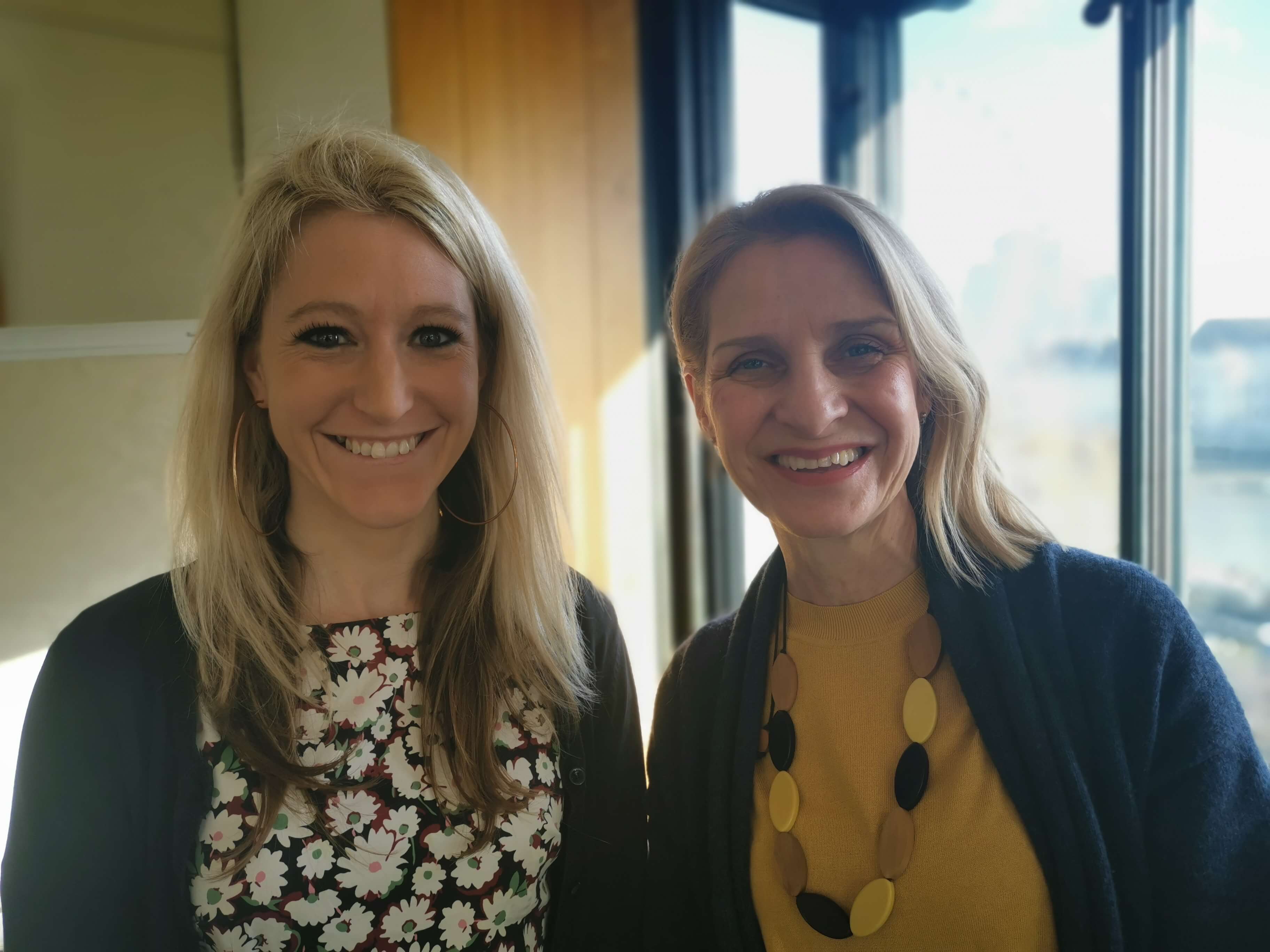 But Hope says that the response she received from the Minister Mental Health, Inequalities and Suicide Prevention, Jackie Doyle-Price.

Hope said: “It was frustrating to receive such a standard response from the Minister. Anorexia has the highest mortality rate out of any psychiatric disorder, and the government do not appear to be taking this seriously. All the MPs who have signed my letter are, the 70,000 people who signed my petition are, and it’s high time the government does as well.”

Wera Hobhouse, the primary signatory of the letter who recently set up the All Party Parliamentary Group for Eating Disorders said: “Eating Disorders cause an untold amount of human suffering, and can result in death. This is not a fluffy liberal argument, this is a matter of life and death, and we know what we need to do. We need to intervene earlier, train junior doctors better, focus GPs on mental health, and improving waiting times.”

Hope continued: “We are going to keep campaigning on this until there are real actions by government to improve treatment for people with eating disorders. The time for warm words is over.”

Here's the letter in full: 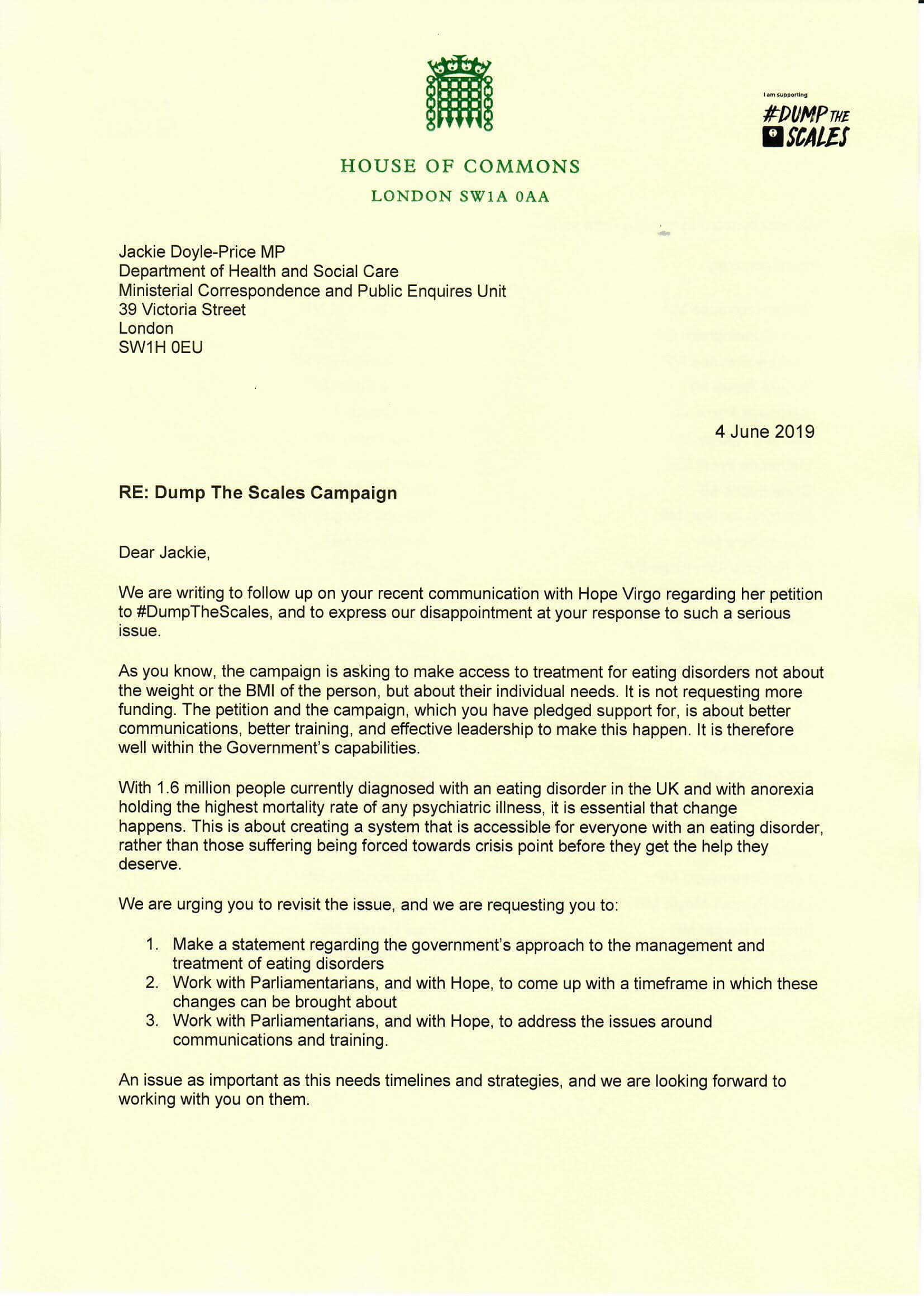 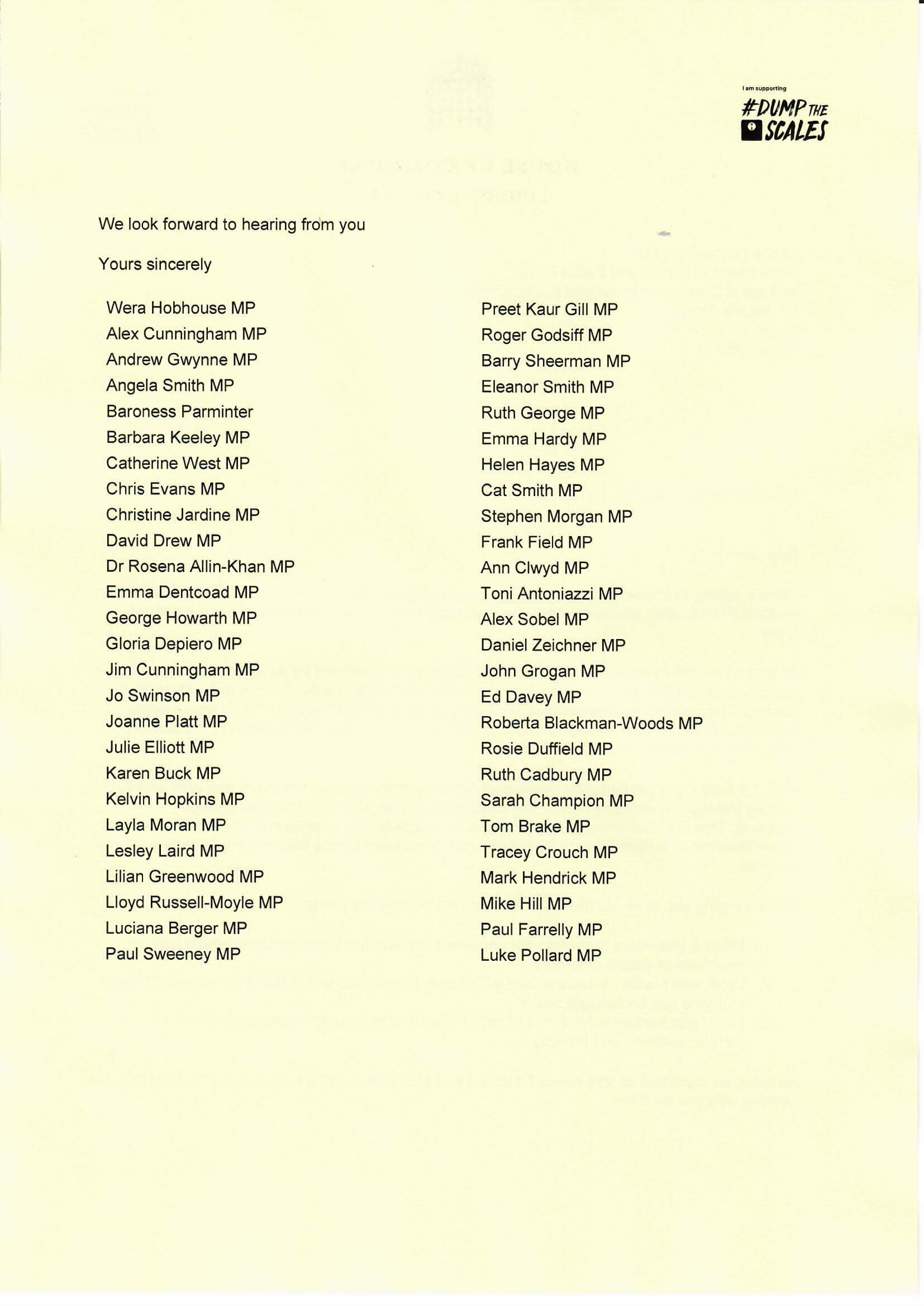 Here's the letter from Jackie Doyle-Price: 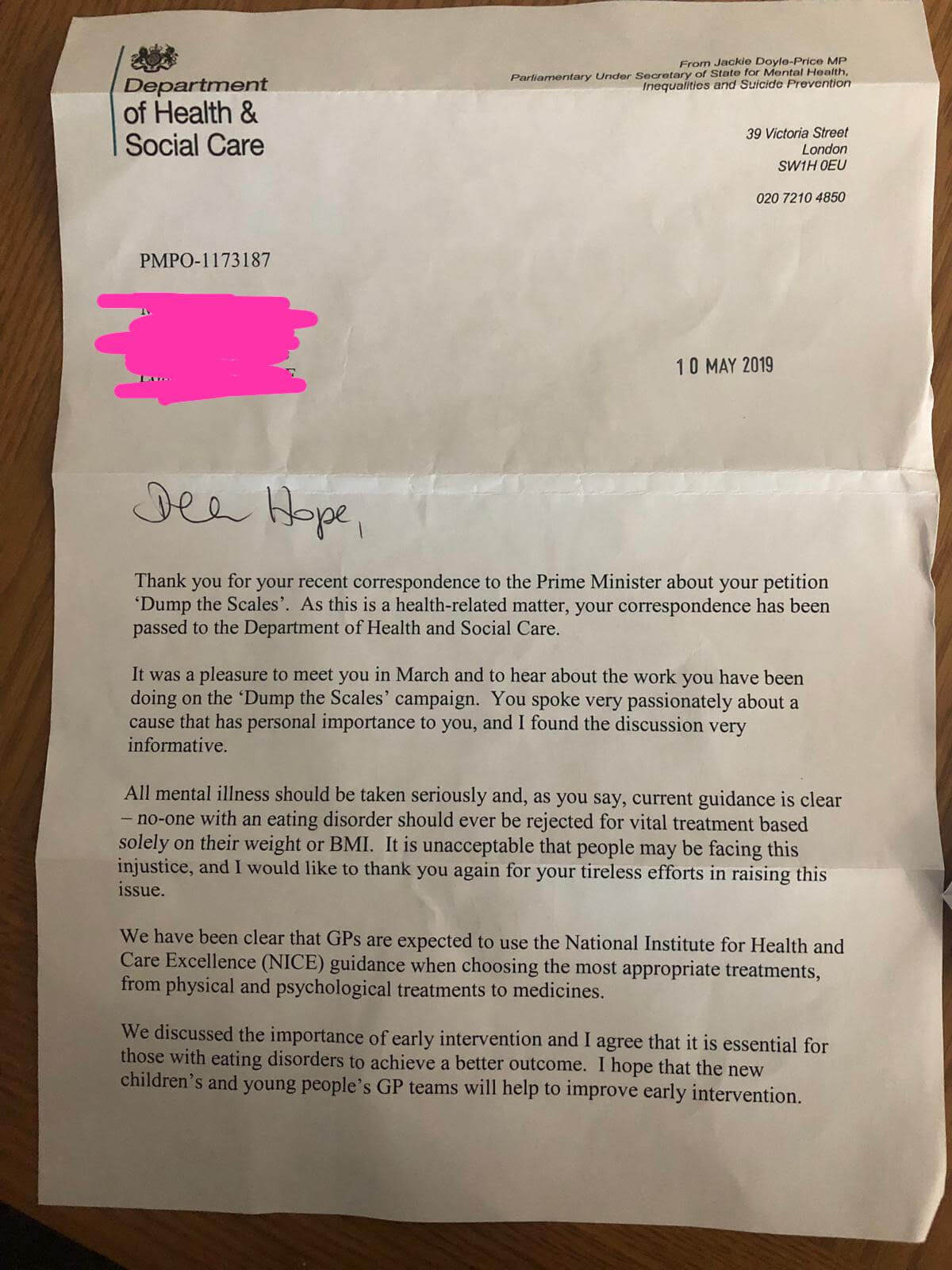 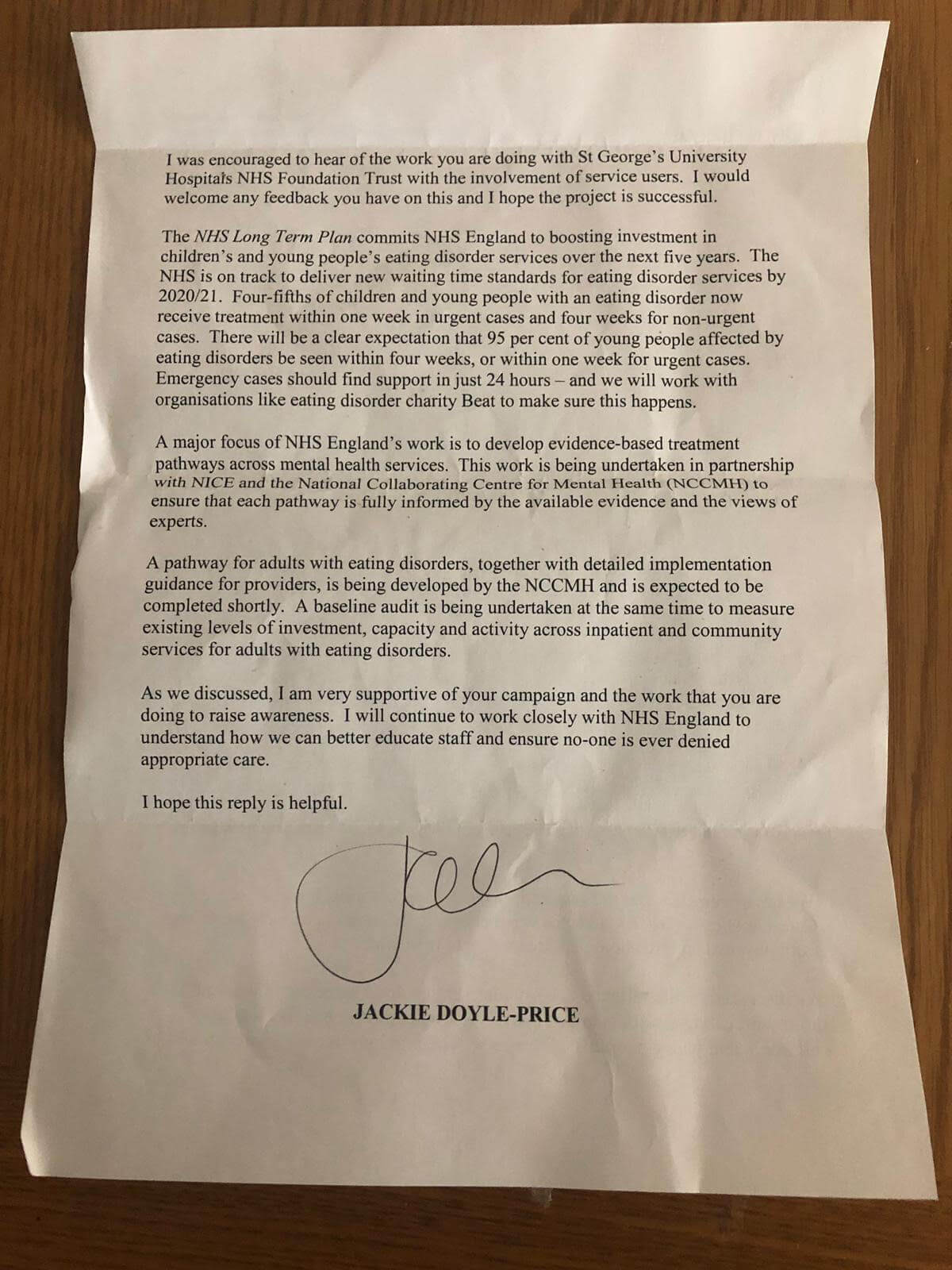 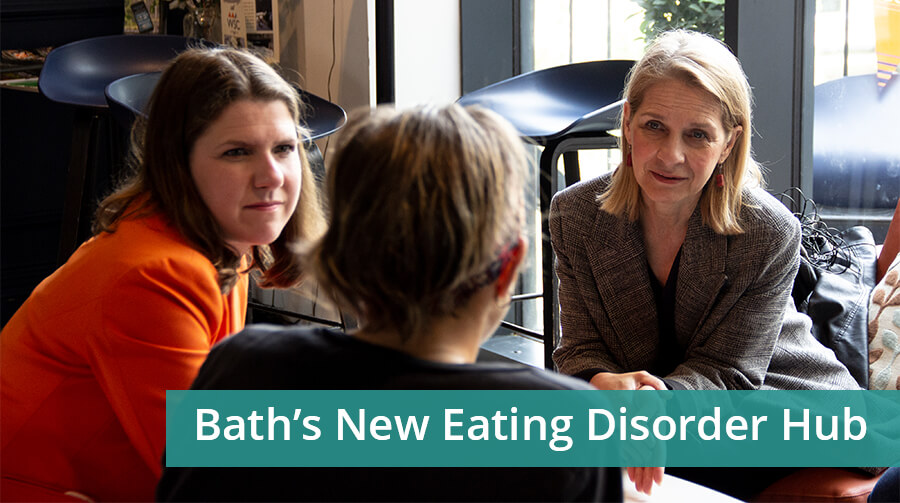 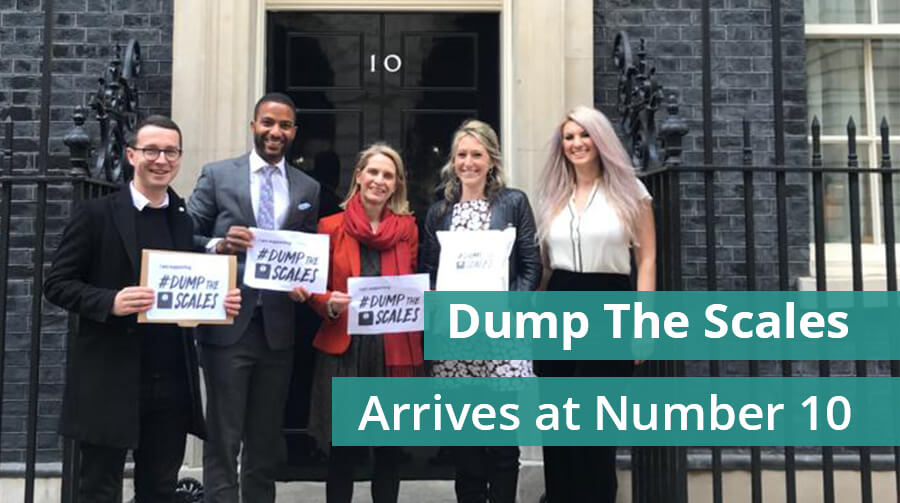