MPs Cannot Call Off Brexit. Only The People Can.

This Deal Harms Our Prosperity And Divides The UK

At the eleventh hour, Theresa May called off the MPs vote on her Brexit deal. A deal the Liberal Democrats were fiercely against. A deal that was sure to lose...

Wera Hobhouse said: “In the past several weeks, over 800 of my constituents have contacted me to tell me how they feel about Brexit. A clear majority of those I represent have urged me to vote against the government’s Brexit deal,”

“May’s Brexit plan is worse in every way than our existing agreement. It harms our prosperity, divides Northern Ireland from the rest of Britain and takes away our influence because we will no longer be at the table when decisions are made.”

“The UK will be rule-takers not rule-makers.”

“The Prime Minister says we have to leave the EU even if it bad for the country because the people voted for it. She suggests that the dutiful thing for MPs in light of the 2016 referendum is to vote for her deal even when we believe it is bad for this country.”

“On the contrary, in our representative democracy MPs have a duty to do what is good for the country.”

In Bath, 71.7% would support a People’s Vote and 73.3% of people would vote to remain. Up 5% from the 2016 Referendum in the light of new information, botched Brexit negotiations and heightened uncertainty.

Wera continued: “What we MPs cannot do on our own, however, in light of the referendum in 2016, is decide to stay in the EU. We can legitimately reject any particular Brexit deal in accordance with our judgement but we cannot move from there and cancel Brexit by ourselves.”

“We MPs cannot call off Brexit. Only the people can. According to new data, this is what the people want. The trend towards backing the UK’s membership in the EU can be seen across the country.”

A recent poll carried out by Focaldata for Best for Britain, based on polling of over 8,000 people by Populus, has found that 193 constituencies have switched from leave to remain since the referendum. If there was a People’s Vote tomorrow, the remain camp would surge from 48% to 56%. A truly significant swing.

“This government has spent the last two years trying to find a Brexit that is good for the country. If neither the Prime Minister’s Brexit, nor a no-deal Brexit commands a majority in parliament, MPs must agree to go back to the people to ask them whether they want to stay in the European Union.”

“The Prime Minister has kicked the can down the road but the basic situation remains the same. The legal text of her deal will almost certainly be unchanged when she next brings it to parliament.”

Wera concluded: “I have been a strong supporter of a People’s Vote from the beginning. The movement is growing. I will continue to fight for what is best for the people of Bath, our region and our nation.”

Watch my speech in the Brexit Debate here: 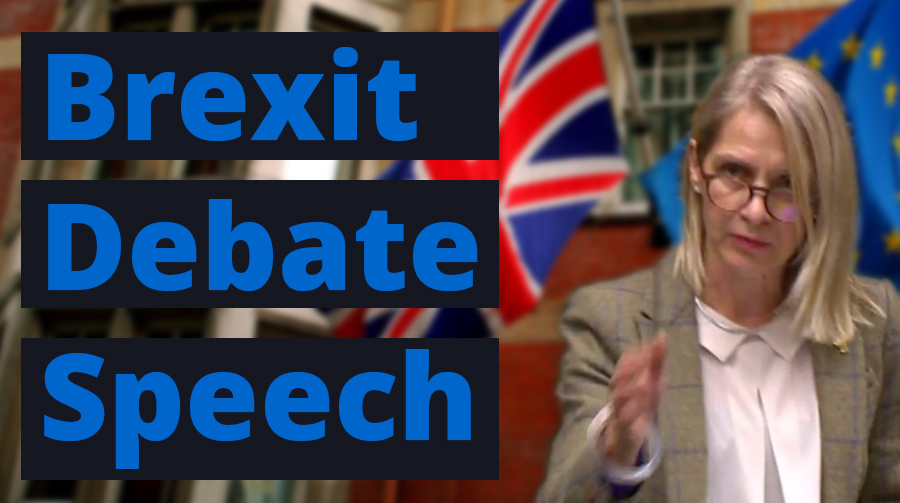