Curo have backed down over plans to demolish large parts of the Foxhill estate.

Outline planning permission for the regeneration scheme was voted through over the summer, with three Conservative Councillors voting for the proposals, and two Lib Dem councillors voting against them.

In the face of a popular resident-led campaign against the proposals, Curo have now said that they will look at refurbishment options for the estate, and abandon the original demolition plans. 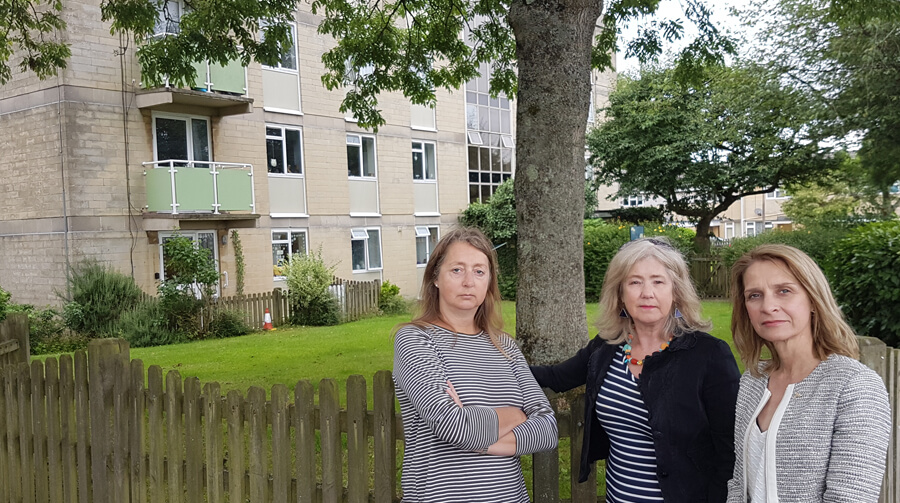 "This is a victory for the people of Foxhill. I congratulate them for their determination and courage. This outcome demonstrates that when people get organised and fight for what they believe in, they can win. This is democracy in action.

I have this morning spoken to Victor da Cunha and I welcome Curo’s brave decision to step back because they have listened to the residents.

In the last 6 months, I have facilitated a number of meetings between Curo and the residents.  It became clear at these meetings that Curo’s scheme would not win the support of the residents.

My Lib Dem council colleagues and I have always opposed this planning application because of the loss of 99 social homes. We need the opposite."

“Curo has been forced to make a tough decision but, in view of the circumstances, this is the right decision, and is in line with what I had advised from early in the process: a more sensitive, organic approach, working with residents. It will give certainty to residents and will be a great relief to those who opposed the demolition of their homes.

“This will also avoid a lengthy and expensive legal process, which would have held up any positive refurbishment to homes and the area.

“However, care will be needed with residents in the former first phase, who would have been planning for a move, and I will expect particular attention with arrangements.

“I welcome Curo’s commitment to work with residents going forward. Along with Wera Hobhouse MP, I have been working hard to help facilitate discussions between residents’ groups and Curo, and will continue to do so in this new phase.”