Jessica’s speech came just as Extinction Rebellion began protests in some of the UK’s biggest cities such as London, Cardiff and Bristol.

Extinction Rebellion describe themselves as “an international movement that uses non-violent civil disobedience in an attempt to halt mass extinction and minimise the risk of social collapse.” The environmental movement has three core demands for political leaders:

Jessica Johannesson told the Bath audience about the importance of environmental activism: “For me, activism is about bringing it home for people before climate change is brought home to them in terms of famine, water scarcity, etc.”

While the Extinction Rebellion movement has attracted a broad cross-section of people, she said: “There is still a sense that people who are involved with the environment are a special kind of people. It's important that we question that notion by sharing the stories of how we as individuals woke up to the crisis.” 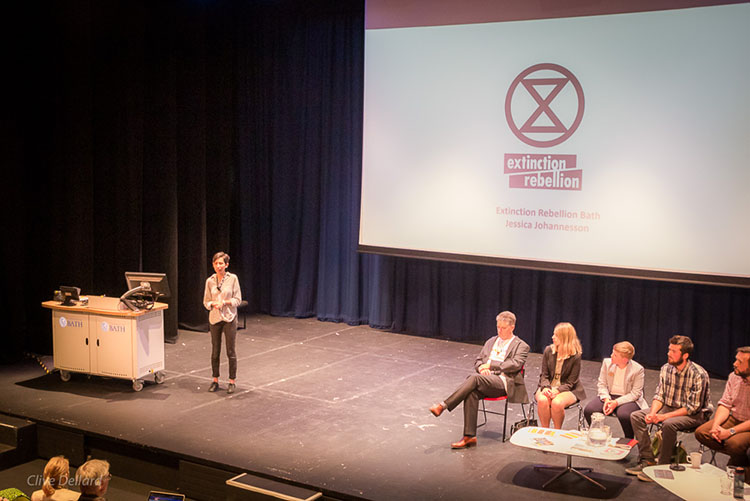 She presented a striking photo of all the flights over the UK and Europe from flightradar.com: “A few days ago I went online and this is what the airspace above the UK and Europe looked like at that particular moment. Look at that and then think about every person making a decision on whether they would fly or not.”

She defended Extinction Rebellion’s actions at the Roman Baths in May: “We do care a whole lot about our past and there is a lot of tourism and we are very proud of our cultural heritage in Bath, but if we do not look at our future, there's absolutely no point in keeping all of this in good shape.”

It was also announced that Extinction Rebellion will be running a new “international rebellion” this autumn to pressure governments to set more ambitious emissions targets.

READ ABOUT THE CLIMATE CRISIS, BATH CONFERENCE HOSTED BY WERA: 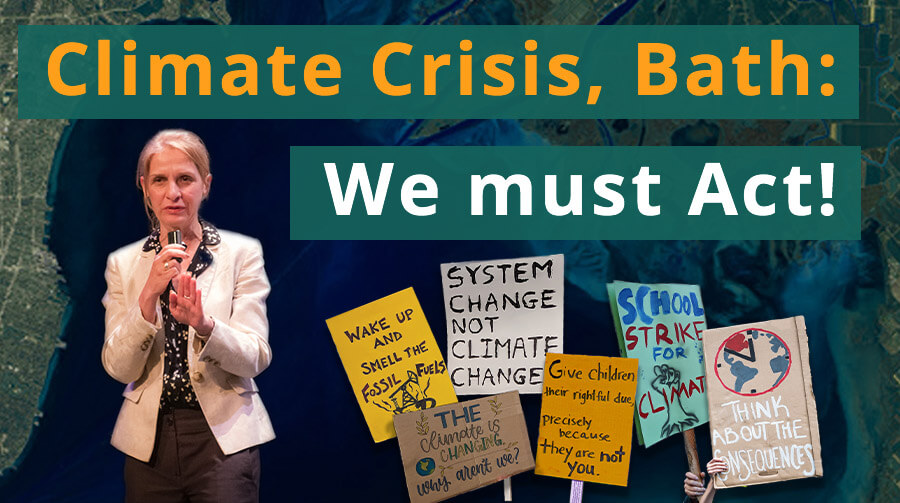 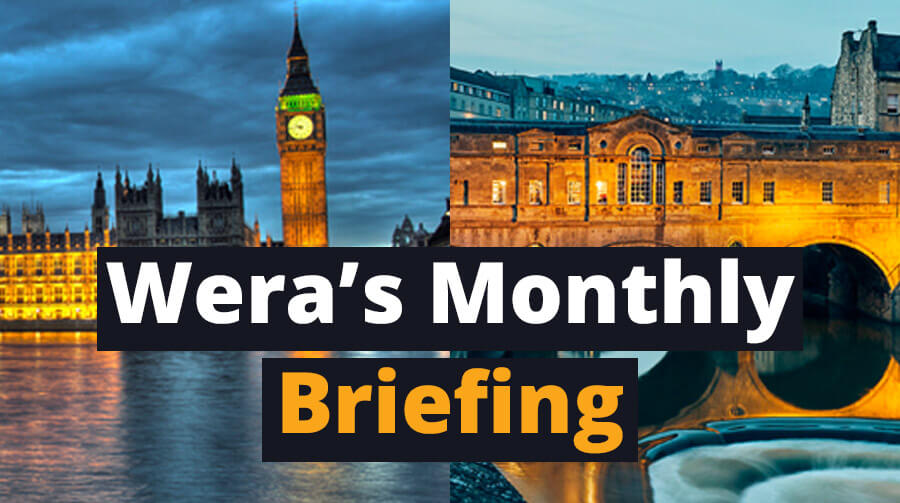