“There are few absolute truths in this world, but 95% of climate scientists agreeing that we are causing rapid climate change is as close to one as you can get."

Wera follows her convictions on climate action in Bath...

A group of cross party, cross faith Bathonians met Wera Hobhouse to lobby her on the issue of climate change, and how it’s impacting the poorest parts of the world.

Facilitator Ozzie FField said “we are delighted that Wera and her team want to take action to reduce the causes of climate change, and mitigate its impact”.

Wera Hobhouse MP campaigned for environmental causes in her youth, and has continued to do so throughout her political career. She understands the science of climate change, and agrees it is caused by emissions of carbon dioxide and methane by humans over the last 250 years. 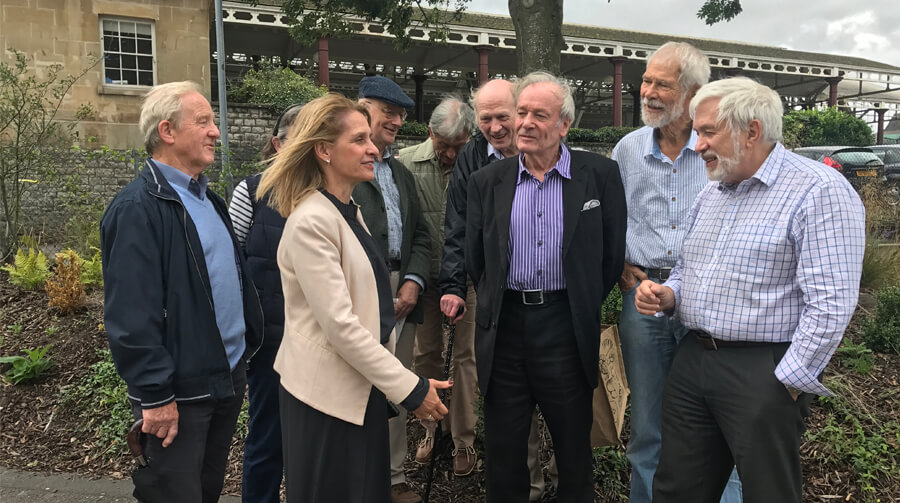 She said “There are few absolute truths in this world, but 95% of climate scientists agreeing that we are causing rapid climate change is as close to one as you can get. It’s a moral issue, and is one of our very top priorities nationally. Locally, the plans we are working on for Bath are based on inherently sustainable principles.”

“The current government has the worst environmental record in recent memory, and they should be held to account for it. They should reintroduce the Green Bank, and reintroduce subsidies for the solar industry.”

Christian Aid supporters asked Wera to contact Priti Patel at the Department for International Development, to call for a switch from generating electricity using fossil fuels to sustainable methods such as wind and solar. One member said “Generating electricity for hospitals and for infrastructure etc, is great, but it’s crazy that tax payers fund fossil fuels. We should fund UK companies to deliver sustainable solutions.”

During the meeting, Wera criticized the Conservative run Council for not doing enough to promote sustainable initiatives, arguing it has never been more urgent to act.

Peter Turner, a local Conservative Councillor and spokesperson for CAFOD said in response; “I welcome working across political parties – we all need to understand more about the causes of climate change and how it impacts on the poorest in the South Hemisphere.”